Six months in, CBS Corp.’s bold venture into big-league film production and distribution doesn’t appear to be getting any easier.

On Monday, CBS Films announced that it will push its summer release “Beastly” all the way back from July 30 to March 2011, moving the Vanessa Hudgens starrer out of the line of fire of her "High School Musical" co-star Zac Efron’s "Charlie St. Cloud."

"St. Cloud" was pushed forward in April from a scheduled October release. 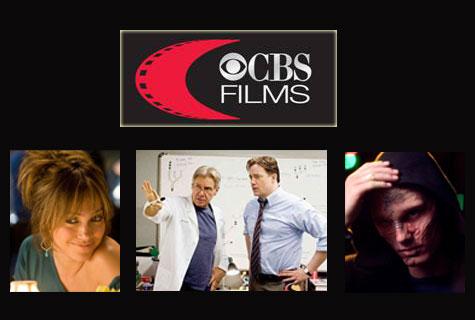 The move leaves the fledgling studio with no new releases until Thanksgiving.

The calendar move was called strategic, with CBS officials noting “Beastly’s” new date allows it to not just avoid the competition but to piggyback on a rival studio’s promotion for another movie featuring “Beastly’s” little-known co-star, Alex Pettyfer.

Typically, when a studio puts forth solid logic while pushing back an inexpensive niche movie, it doesn’t make waves.

But CBS Films is a new studio, and it has yet to generate any good news.

Performance has been more solid for the $35 million Jennifer Lopez/Alex O’Loughlin romantic comedy "The Back-Up Plan," which has grossed $36.8 million domestically since its April 23 start. But negative reviews and poor pre-release buzz have contributed to the widely held notion that the film hasn’t been successful.

Then came Monday’s rescheduling of "Beastly."

“This move says they don’t know what the future of the company is,” one rival studio’s distribution head told TheWrap. “This doesn’t bode well.”

Really, after just two films, the division is in trouble? 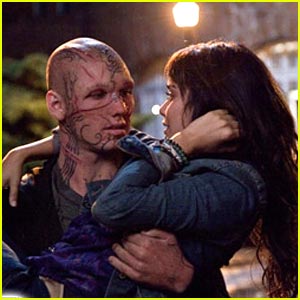 However, unit spokesman Grey Munford – who joined CBS Films on Monday after a stint at MGM – reiterated to TheWrap that the move was no indicator of any failing commitment to the new film company on behalf of parent CBS Corp.

A modern take on “Beauty and the Beast,” “Beastly” would have had to compete head-on with the box office-proven Efron for the young-female audience had it stayed put on July 30.

But why push back a niche film shot for under $20 million a full eight months?

Munford told TheWrap the new March 18 date comes four weeks after Pettyfer makes his debut in Disney’s Michael Bay/Steven Spielberg-produced sci-fi film “I Am Number Four.” That, he said, will allow CBS to open “Beastly” with built-in awareness for its co-star.

Separately, CBS Films distribution head Steven Friedlander told the Hollywood Reporter Monday, “There wasn’t much left in the summer that we could move it to. We didn’t want to go in fall, and the holidays are for four-quadrant movies. So we figured if we went to March, we’d have some school breaks happening around that time.”

Regardless of which rationale is believed, the move comes at a conspicuous time for CBS, which doesn’t have anything else on its 2010 release schedule until Nov. 24, when the action film “Faster” starring the Rock and Billy Bob Thornton premieres.

An official with knowledge of the division’s development slate said CBS Films will have a number of upcoming development, casting and release announcements to make in the coming weeks.

But both fairly and unfairly, the division’s launch has been heavily scrutinized.

CBS officials concede the label got off to an inauspicious start with the stillborn “Extraordinary Measures."

Buzz for the division worsened when it was reported that a cumbersome marketing campaign for release No. 2,  “The Back-Up Plan,” was radically tweaked late in the game.

Despite dire predictions by some trackers, however, that $35 million film will not lose money – significant money, anyway – theatrically, grossing about $62 million to date worldwide.

With foreign TV sales, and a deal with pay cable network Showtime in the U.S., “Back-Up Plan” will ultimately be profitable, a CBS Films official noted.

“I would also argue that [the ‘Beastly’] move is a sign of health,” Munford said. “We’re in the early stages of building our slate, and we feel like we have enough flexibility at this point so that we don’t live or die with one release.”