CBS is gearing up for the 2022 holiday season by ordering three new films, including ones from Grammy winner Sheryl Crow and “The Talk” co-host Amanda Kloots.

“Soak Up the Sun” singer Crow will executive produce “When Christmas Was Young,” described as a Nashville-themed movie, with a script from screenwriter and novelist Robert Tate Miller. The film will follow “a headstrong music manager in desperate need of a hit song for his last remaining client, who finds himself falling for a gifted singer-songwriter with abandoned dreams of making it big, as he attempts to secure the rights to a Christmas song she wrote years ago,” per the network. 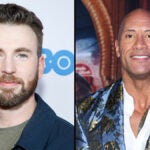 Kloots of CBS’ “The Talk” will star in and executive produce “Fit for Christmas.” The story comes from writer and executive producer Anna White. It’s the tale of “Audrey, an enthusiastic Christmas-obsessed fitness instructor at a beloved, financially beleaguered community center in quaint Mistletoe, Montana, who begins a holiday romance with a charming, mysterious businessman, complicating his plans to turn the center into a more financially profitable resort property,” per a logline from CBS.

Mark Amato, who created last year’s CBS original movie “A Christmas Proposal,” and “A Kiss Before Christmas,” also has a new one in the works for the network, it was announced Monday. Amato is writing “Must Love Christmas.” 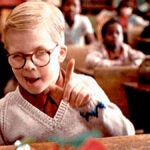 Here’s the logline: “A renowned romance novelist famous for her Christmas-themed books finds herself snowbound in the charming town of Cranberry Falls, where she unexpectedly becomes involved in a love triangle between her childhood crush and a reporter determined to interview her to save his dying magazine.”

All three holiday movies will air in December 2022.