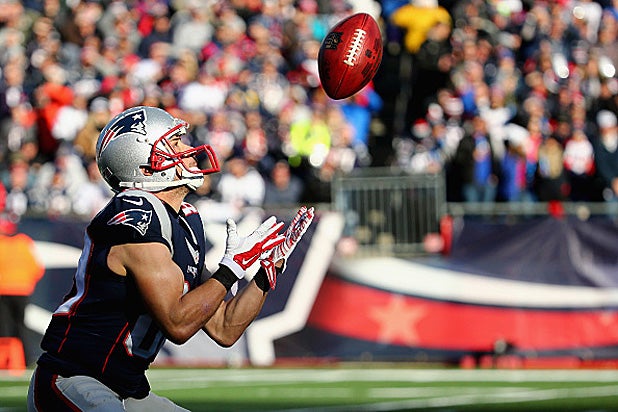 CBS, unsatisfied with splitting the broadcast rights to Thursday night NFL games, is in talks to nail down the digital streaming licenses for its online subscription service CBS All Access, CEO Les Moonves said Tuesday.

On a separate topic, Moonves said the company plans to pick up four or five of the 17 pilots it ordered this year.

Last month, the pro football league decided to split the broadcast rights to its “Thursday Night Football” package between NBC and CBS, after CBS held the rights for the past two seasons. Though the NFL will also broadcasted the games on the NFL Network, it has been weighing bids, mostly from tech giants, for the digital rights to the same games.

As traditional TV companies and tech upstarts elbow each other for viewership that is shifting online, the games are a high-profile property that could establish the successful bidder as a go-to destination for online content.

Tuesday, Moonves said CBS is in talks for the ability to stream the games as well, as NFL games are the biggest hole in the catalog of its CBS All Access service. The service live streams most of network’s other live programming, and has a library of on-demand content from the network.

“We want the rights to have those games… we’re in discussions to get it on All Access,” Moonves said, speaking at a Deutsche Bank investor conference in Florida Tuesday.

He indicated the discussions aren’t necessary for an exclusive license to stream the games, noting the talks include “the room to add a digital partner.”

“We could put it on any third-party system; in other words, the NFL is on our channel with Sony,” on its Web TV service, Playstation Vue, he said. He noted that a digital deal would give the NFL a slice of CBS All Access’ subscription fee.

Tech giants including Facebook, Verizon and Yahoo have all been reported to be bidding for the rights to the games. Last week, gadget giant Apple was said to bow out of the bidding, after it had examined the rights as package to pair with its streaming video box Apple TV.

Among other comments about the company’s online offering, Moonves confirmed that All Access would have multiple original shows next year, including the Star Trek series revival that the company announced last year. He said he was surprised by how popular on-demand viewing on All Access is, accounting for about 60 percent of viewing, versus watching its live stream of programming that is available at the same time as its broadcast traditionally.