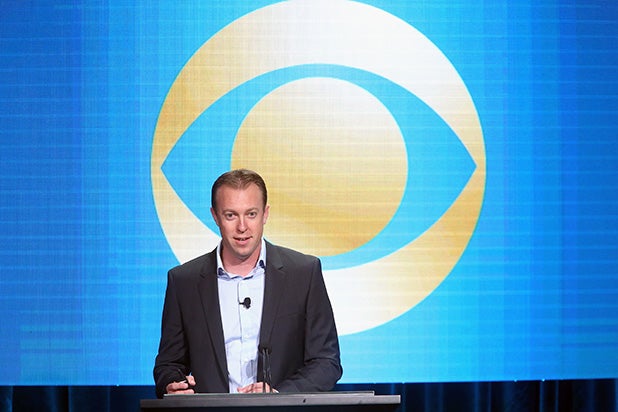 CBS Interactive President and COO Marc DeBevoise revealed the rollout plan for CBS All Access’s slate of original programs during his presentation at the Television Critics Association summer press tour on Wednesday.

First up is the digital edition of “Big Brother” this fall, followed by the 13-episode “Star Trek: Discovery” in January 2017. The previously announced “The Good Wife” spinoff will air in the spring with a 10-episode season, and another unnamed original will bow later in the year.

That marks four total original series lined up for the service in the next year, far less than the 70+ planned by Netflix, but DeBevoise emphasized that All Access is a very different kind of SVOD service, and said the comparison isn’t really fair.

“We’re a different service than Netflix,” he said. “We’re attached to America’s most-watched television network, and happen to have 40+ original series coming from that outlet existing on our service. So we’re not necessarily trying to do what Netflix is.”

He explained that the rollout of additional original programming for All Access will happen more “incrementally” than Netflix’s recent explosion of originals.

The one thing that CBS All Access will have in with Netflix, is that they currently have no plans to release ratings information for individual shows. “We’re not anticipating releasing individual streaming statistics,” he said. “We will be sharing data about how our subscribers are doing, which I think is the key metric.”

DeBevoise was also peppered with questions about the ads that currently play for viewers of current-season shows on the subscription streaming service, and will also play during originals.

“It’s the lightest ad load you could get on a current series from CBS today,” DeBevoise said, adding that the network has been “toying” with the idea of introducing an ad-free option, similar to Hulu’s.

But ultimately DeBevoise hopes the appeal of the originals, as well as the “depth and breadth” of the service’s library, will be enough to convince viewers to fork over a monthly fee on top of whatever they may be paying for CBS on traditional television.