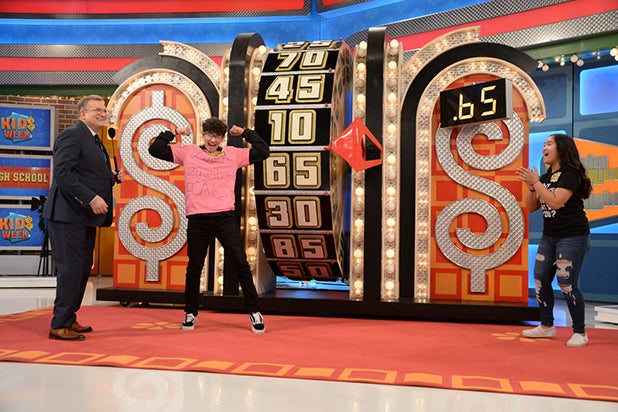 CBS has renewed its entire daytime line-up for the 2019-20 season, including the long-running game show “The Price Is Right.”

The Drew Carey-hosted classic game show, which stands as the most-watched show in daytime with an average of 5.2 million viewers an episode, has been picked up for a 48th season. The show is on pace to hit a total of 9,000 episodes in October.

CBS has also renewed “The Talk,” which recently lost co-host Sara Gilbert and is heading into Season 10; the daytime soaps “The Young and the Restless” and “The Bold and the Beautiful,” which are approaching their 47th and 33rd years, respectively; and the Wayne Brady-hosted “Let’s Make a Deal.”

“For almost a third of a century, CBS has demonstrated a remarkable legacy of success in Daytime,” Angelica McDaniel, executive vice president, CBS daytime programs and syndicated programs development, said. “Our programming continues to maintain a level of achievement unheard of in today’s television landscape, thanks to the passion and dedication of the extraordinary producers, casts, staff and crew on the shows, our studio partners, and most importantly, the fans. They have our deepest gratitude, and we look forward to entertaining them for many years to come.”

Both “The Price Is Right” and “Let’s Make a Deal” are produced by Fremantle, with Mike Richards as executive producer.

“The Talk,” currently hosted by Eve, Sara Gilbert, Carrie Ann Inaba, Sharon Osbourne and Sheryl Underwood is produced by CBS Television Studios and was originally developed by Gilbert, who serves as executive producer along with John Redmann.