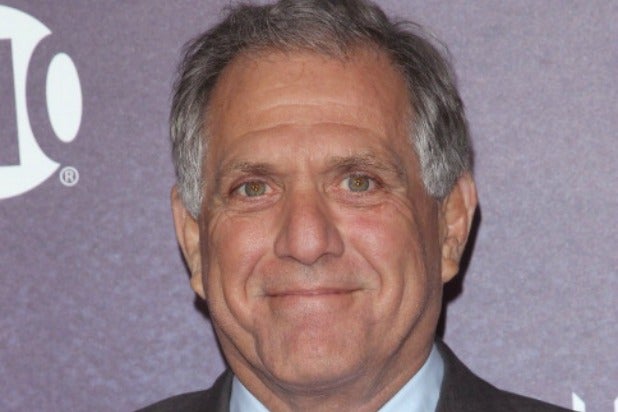 CBS CEO Leslie Moonves said in an earnings call with investors that Stephen Colbert may be, like David Letterman, “the best of his generation” in late night.

Moonves said Letterman’s retirement after more than two decades at “The Late Show” was bittersweet. He was sorry to see him go, but said he expected high ratings for his final episodes, and big things from Colbert.

“We’re extremely confident he can be the best of his generation as well,” Moonves said.

He also said that if Aereo is victorious, networks could begin offering their own version of the service to defeat the company.

Moonves spoke during an earnings call with investors and reporters as CBS reported first quarter earnings that beat Wall Street estimates. The company’s revenues were down, however, in large part because CBS aired the Super Bowl in 2013.

Moonves predicted CBS’s take from advertisers next season would be up “quite a bit.” Next week, the  major networks will deliver their upfront presentations to advertisers, where they pitch their new fall shows.

Moonves noted that CBS is the most-watched network for the sixth consecutive year. Last year it was also No. 1 in the key 18-49 demographic, but this year NBC has taken the top spot.

CBS has a new trick, however: This fall it will air Thursday-night NFL games, an answer to NBC’s Sunday night games. “Sunday Night Football” is the most-watched show on TV, and a key part of NBC’s recent success.

Moonves also said CBS hopes to make more C+7 deals. In traditional C+3 deals, advertisers pay a rate based on the number of people who watch a show’s commercials over three days.

CBS and other networks would like networks to pay based on commercial viewership over seven days, in recognition of the fact that more and more people watch shows on DVR. He hopes this will be a big year for C+7 spending.

“There’s going to be winners and losers,” Moonves said of the upfronts. “There are every year.”