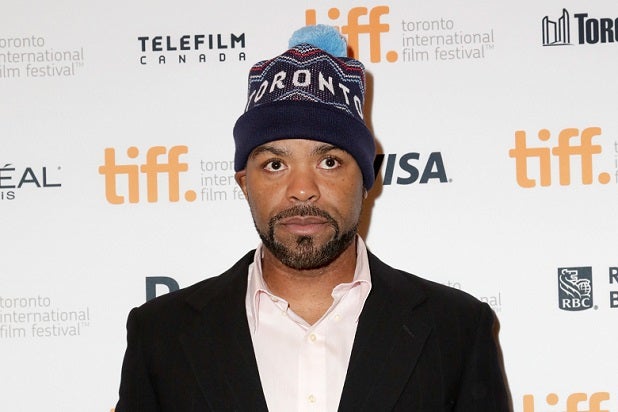 Another rap rivalry is in the works — this time on CBS’s “Scorpion.”

The freshman drama has booked rappers Kid Cudi and Method Man for an upcoming episode that centers on a team of problem-solving super-geniuses.

The episode will revolve around an algorithm that cranks out “mathematically” perfect pop songs. Kid Cudi will play Temple, a reclusive musical prodigy who invented the algorithm.

Method Man (pictured above) will portray hardcore hip-hop manager Lucky the King, who has an intimidating, dismissive demeanor. He meets with Temple, Walter O’Brien (played by Elyes Gabel), Toby (Eddie Kaye Thomas) and Paige (Katharine McPhee) under the impression that the Scorpion team are lawyers who are intent on suing him for the theft of Temple’s algorithm.

Kid Cudi (real name: Scott Mescudi) has acting credits that include the Fox comedy “Brooklyn Nine-Nine” and “How to Make it in America.” He’s repped by WME and Leverage Management.

Method Man (Clifford Smith to his family), who is repped by UTA and Smart Girl Productions, has an acting resume that includes appearances on CBS’s “The Good Wife” and “CSI: Crime Scene Investigation.”

Their episode will air sometime this year.

EW.com first reported the news of the “Scorpion” guest castings.