Benoist is best known for playing Marley on Fox’s “Glee” since Season 4. She has also made appearances on Showtime’s “Homeland,” CBS’s “The Good Wife,” and NBC’s “Law & Order: SVU.” She also starred in the movie “Whiplash.”

The actress recently dyed her hair blonde, presumably, for the role. 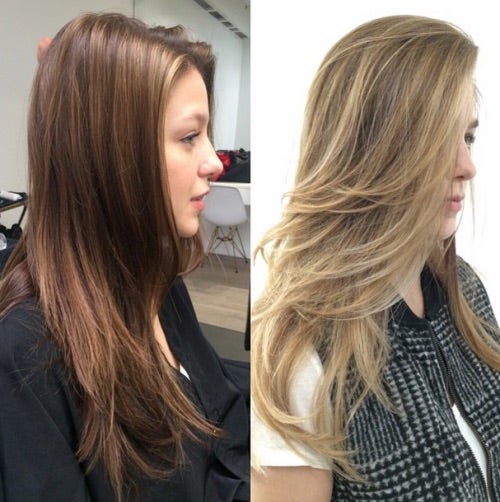 Stylist Riawna Capri posted this before and after photo.

On the CBS series, Kara escaped Krypton amid its destruction years ago, hiding the powers she shares with her famous cousin, Superman, since arriving on Earth. But now at age 24, she decides to embrace her superhuman abilities and become the hero she was always meant to be.

As reported exclusively by TheWrap in December, Claire Holt, of The CW’s “The Vampire Diaries” and “The Originals,” had also been in contention for the role. Gemma Atkinson (“Casualty”) had also been floated as a possibility.