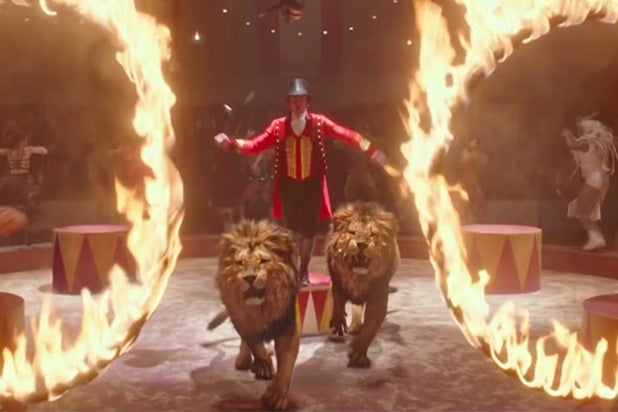 P.T. Barnum built a career out of telling people what they wanted to hear, and he’s commonly credited with having boasted that there’s a sucker born every minute. But beneath his carefully constructed gregarious façade, he was a truly terrible human being.

“The Greatest Showman” tells a highly sanitized version of Barnum’s days of duping the public and his contemptible exploitation of anyone he could use to make a buck. He not only launched what would become a century and a half of cruelty to animals in circuses but also began his career by exploiting African-Americans and people with disabilities.

In one egregious example, he bought a blind, severely debilitated African-American woman named Joice Heth and advertised her as “the Greatest Natural and National Curiosity in the World.” He described himself as the “proprietor of the negress” even though slavery had been abolished in New York seven years earlier. He reportedly made up to $1,500 a week displaying her. Heth received not a cent.

But Barnum’s deplorable abuse of humans was second only to his mercenary and merciless treatment of animals. After he chartered a vessel to capture elephants from their homes and families in Sri Lanka, nine elephants, including one calf, were confined to a cramped compartment on a ship — without any fresh air — for four months. One reportedly died on board.

Barnum also introduced the cruel bullhook — a heavy baton with a sharp steel hook on the end, which handlers use to keep elephants compliant and fearful. This painful weapon is still being used to hurt and terrorize elephants in circuses today. As if that weren’t despicable enough, he also jammed hot pokers up elephants’ trunks in a control technique called the “burning method.”

At one point, Barnum somehow acquired two beluga whales and imprisoned them in a tank in the basement of his New York museum. Both were dead within two days.

PETA met with the production team of “The Greatest Showman” before filming began to stress the concerns regarding Barnum’s sordid history — urging it to use alternatives to live animals and not to gloss over important facts about the movie’s subject. Producers deserve credit for using computer-generated imagery instead of captive, abused wild animals. But romanticizing a man who caused so much pain and suffering is irresponsible and normalizes animal abuse.

Barnum’s ugly legacy continued until just this past May, when Ringling Bros. and Barnum & Bailey Circus shut down. Now, even this consummate huckster couldn’t convince today’s informed public that beating animals and keeping them in cages and chains is acceptable.

View In Gallery
BIO Lisa Lange
Lisa Lange is a senior vice president of communications for People for the Ethical Treatment of Animals (PETA), the largest animal rights organization in the world. She works in the L.A. office where she devises eye-catching ways to get out the animal-rights message.

Lisa Lange is a senior vice president of communications for People for the Ethical Treatment of Animals (PETA), the largest animal rights organization in the world. She works in the L.A. office where she devises eye-catching ways to get out the animal-rights message.