ABC is adding another celebrity version of a classic game show to its slate. “Celebrity Jeopardy!” will join the network for the 2022-23 TV season.

The series will give famous contestants the opportunity to win money for a charity of their choice. It will debut in the fall and air Sundays at 8 p.m. ET.

“Celebrity Jeopardy!” joins a growing list of the network’s game shows to get a celebrity-filled spinoff. Others include “Celebrity Wheel of Fortune” and “Celebrity Family Feud.” Last week, both series were renewed. 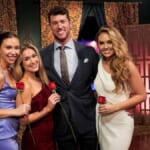 ABC also has a growing list of game shows with non-celebrity contestants. In addition to the original versions of the shows listed above, the network also airs “The $100,000 Pyramid,” “The Chase,” “Press Your Luck” and “To Tell the Truth.”