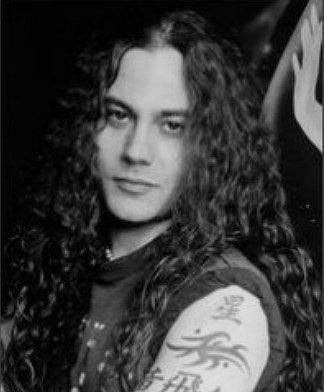 Former Alice in Chains bass player Mike Starr, who was on the third season of “Celebrity Rehab With Dr. Drew,” was found dead in a Salt Lake City, Utah, home on Tuesday, the Salt Lake City Police Department has confirmed. He was 44.

Dr. Drew Pinksy, host of “Celebrity Rehab,” responded to Starr’s death by tweeting Tuesday, “Devastating to hear of Mike Starr succumbing to his illness. So very sad. Our prayers are with his family.”

Starr appeared on the VH1 reality series’ third season, which aired in 2009, with a cast that included Tom Sizemore and Heidi Fleiss. He was in desperate need of help: His first appearance included him being treated for a large sore caused by shooting up heroin.

The musician was arrested in Salt Lake City last month for felony possession of a controlled substance. According to police, he had Xanax and the pain killer Opana in his possession at the time of his arrest.

A spokesperson for the Salt Lake City PD said that the police answered a call at 1:42 p.m. on Tuesday and found Starr’s body. Cause of death is pending investigation by the medical examiner.

Starr’s father told TMZ, which first reported the death, that it was “a terrible shock and tragedy.”