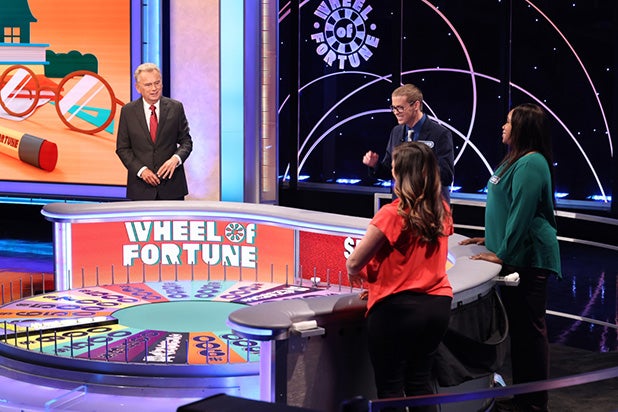 ABC has given a series greenlight to “Celebrity Wheel of Fortune,” the network announced Monday.

The celebrity edition marks the primetime debut of the long-running syndicated game show, with Pat Sajak and Vanna White to host celebrity contestants competing for a $1 million prize for a charity of their choosing. No contestants have been announced.

“Celebrity Wheel of Fortune” joins a growing game-show lineup at ABC, following the recent debut of the Leslie Jones-hosted reboot of “Supermarket Sweep” and the upcoming quiz show import “The Chase.” The network has previously seen success with its “Summer Fun and Games” slate of classic game show adaptations, which includes “Celebrity Family Feud,” as well as reboots of “Match Game,” “Press Your Luck” and “$100,000 Pyramid.”

Last season also saw the return of “Who Wants to Be a Millionaire?” to the ABC primetime schedule, with Jimmy Kimmel serving as host.

One of the longest-running game shows in syndication, “Wheel of Fortune” first debuted in 1975. The current iteration, hosted by Sajak and White, has been on the air since 1983 and pulls in an average of eight million viewers daily. The series regularly ranks among the most-watched game shows in syndication, alongside “Family Feud” and “Jeopardy!”