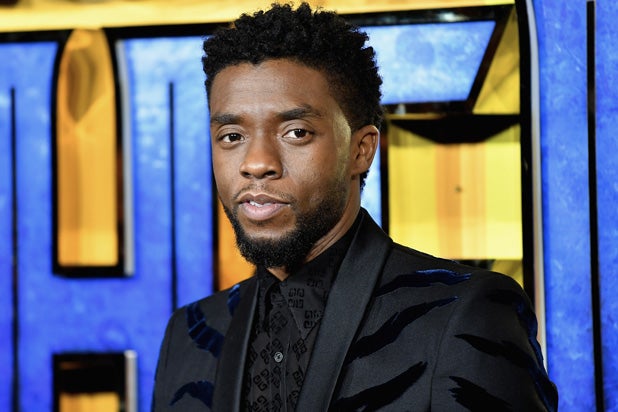 In Chadwick Boseman’s hometown of Anderson, South Carolina, a Confederate statue has stood for 118 years. Now, a new petition is calling for that statue to be replaced with one of the late “Black Panther” star. Boseman died Friday after a four-year battle with colon cancer.

The Change.org petition praised Boseman’s efforts to give back to his small hometown of 27,000, including renting out a theater in Anderson to allow residents, including hundreds of Black children, to see “Black Panther” for free. The petition’s creator, DeAndre Weaver, is himself an Anderson resident and described Boseman’s impact on his life as the first Black graduate of Anderson University’s BFA Acting program.

“Mr. Boseman is without question an American treasure and his accolades go on and on. It is only fitting that his work is honored in the same place that birthed him,” Weaver wrote.

Weaver also discussed the long struggle activists in South Carolina have faced to get Confederate statues taken down and/or replaced. Section 10-1-165 of South Carolina state law makes it illegal to “remove or alter monuments dedicated to confederate war efforts in the state of South Carolina” without a two-thirds majority vote from the state legislature. The statue in Anderson contains an inscription praising Confederate General Robert E. Lee that reads, “The world shall yet decide in truth’s clear far off light, that the soldiers who wore the gray and died with Lee were in the right.” It was vandalized with orange paint this past June as protests against police brutality spread nationwide following the killing of George Floyd.

“For the past four years, every day as I walked to my class downtown the eyes of this monument would be the first thing I see,” Weaver wrote. “As I left and entered my classroom, I faced a monument erected to a man and an ideology that believed that I was inferior. At first, it did not affect me. It was simply a statue. But as time went on and the hate in our country once again reared its ugly head the statue became a reminder of how little progress has been made.”

“As I saw the desecration of Black lives and the rights of Black Americans, this statue was no longer a reminder of the past but a warning of the future to come.”

Weaver urged for the South Carolina state legislature to repeal Section 10-1-165 and to allow residents to have a say on whether Confederate statues should still stand on public land.

“We must move past the tragedies of our past in this nation and celebrate new heroes. Mr. Boseman is a hero to this nation but more importantly a hero to the town of Anderson,” he wrote. “His legacy was one of excellence and equality. As fellow citizens go about their day they should have a face that sees all people as equal.”