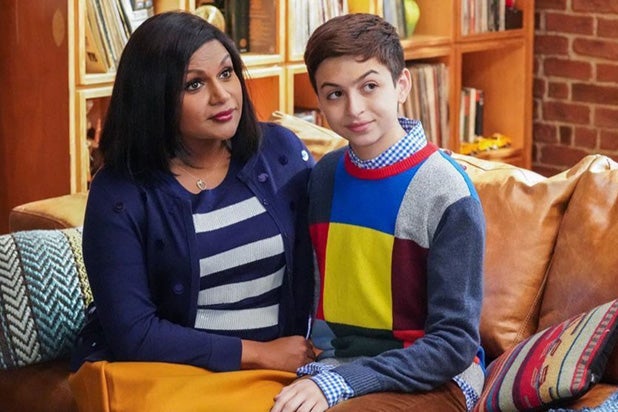 “Champions” star Josie Totah publicly came out as transgender in an essay published in Time on Monday.

“My pronouns are she, her and hers. I identify as female, specifically as a transgender female. And my name is Josie Totah,” wrote the 17-year-old actor, previously known and credited professionally as J.J. Totah.

Titled “My Name Is Josie Totah — And I’m Ready to Be Free,” the essay describes Totah’s experience of having been misidentified as a “gay boy” for much of her career despite beginning her transition at the age of 14.

Also Read: 'Champions' Canceled After One Season on NBC

The catalyst for Totah’s self-realization was watching the TLC docu-series “I Am Jazz,” about another young trans girl.

“I looked over at her in the middle of the show and said, ‘This is me. I’m transgender. And I need to go through this,'” Totah wrote. “My mother, who is immensely supportive and gracious, said, “Okay, let’s do it.'”

Totah most recently starred on the short-lived Mindy Kaling comedy “Champions” at NBC. She has previously appeared on the Disney Channel series “Jessie,” ABC’s “Back in the Game,” as well as Fox’s “Glee” and “New Girl.” In all, she presented as a boy on screen.

“Like many trans people, I developed serious anxiety as I hid who I was,” she wrote. “In some ways, I felt like I was lying by letting people believe I was that gay boy.”

“Champions” was canceled by NBC earlier this year and Totah is entering college this year, but she wrote that she plans to continue pursuing her acting career in the future.

“I plan to play roles I haven’t had the opportunity to play. And I can only imagine how much more fun it’s going to be to play someone who shares my identity, rather than having to contort myself to play a boy,” she wrote. “I’m going to gun for those roles, be it a transgender female or a cisgender female. Because it’s a clean slate — and a new world.”

https://t.co/Ltz8ttemoB For so long I’ve been trying to hide who I was. And I did it in fear. In fear that I wouldn’t be accepted or loved. I know now more than ever I’m ready to take the step to becoming myself. I am Transgender and this is my story.