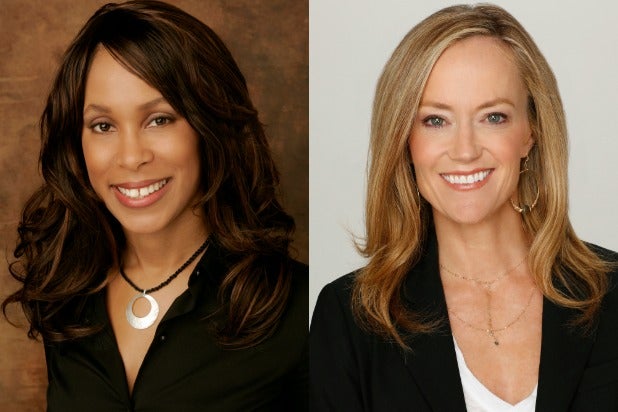 Channing Dungey has stepped down as president of ABC, the broadcaster announced on Friday. She will be replaced by Freeform development boss Karey Burke.

The news is the latest executive shuffle at Disney ahead of the company’s acquisition of 21st Century Fox. Disney|ABC has already seen a number of changes, including the departure of group president Ben Sherwood and the addition of Fox’s Peter Rice and Dana Walden.

Dungey has served as president of ABC Entertainment since Feb. 2016, when she took over for outgoing president Paul Lee. In the years since, she’s overseen the network’s shift from the heavily serialized dramas to more episodic dramas such as “The Good Doctor” and family-friendly comedies like “Speechless” and the network’s recent “Roseanne” revival.

A longtime ABC exec, Dungey first made a name for herself with a close working relationship with “Grey’s Anatomy” creator Shonda Rhimes, having overseen the development of both “Scandal” and “How to Get Away With Murder.”

However, ABC has seen a number of setbacks since she took over as president, including the loss of both Rhimes and Kenya Barris to Netflix, the latter of whom exited with three years left in what was to be a four-year overall deal with ABC Studios following a clash over a shelved episode of “Black-ish.”

The network was also forced to cancel “Roseanne,” its top-rated series in years, after star Roseanne Barr came under fire for a racist tweet. The since-retooled “The Conners” has not been able to match the sky-high viewership of last season’s revival.

Outside of a smattering of successes — “Roseanne,” “The Good Doctor” and a solid, but expensive “American Idol” reboot — ABC has struggled in the ratings in other parts of its schedule under Dungey’s leadership. The network was able to finish out last season even in the ratings with CBS and Fox thanks to a huge lift by “Roseanne,” but would have had a much tougher time without it.

Dungey is expected to stay on with the network for an unspecified transition period while Burke takes over.

Burke, currently head of programming and development for Freeform, has been with the network since 2014. She will now be responsible for all development, programming, casting, marketing, business affairs and scheduling operations for ABC prime time and late-night. She will eventually report to Dana Walden, chairman, Disney Television Studios and ABC Entertainment.

Burke’s replacement at Freeform was not immediately named.

Bob Iger, chairman and CEO, The Walt Disney Company, said in a statement, “I’m grateful to Channing for her significant contributions and unwavering dedication to the success of ABC over the past 14 years. I’ve thoroughly enjoyed having the opportunity to work with and mentor Channing; her curiosity, passion and creativity will ensure she is successful in whatever path she chooses going forward.”  Mr. Iger continued, “Over the past four years at Freeform, and throughout her career, Karey has proven herself a gifted leader with a strong track record of developing unique programming. Karey’s attention to, and intimate knowledge of, the audience, and a commitment to quality will be a great addition to the creative team at ABC.”

Added Burke, “I am thrilled to be joining the wonderful team at ABC, and look forward to working with them to create groundbreaking, and memorable, television together. ABC is a beloved brand, and I am honored to continue the legacy left by Channing of excellent storytelling that touches so many people’s hearts. As for Freeform, we are coming off our strongest and most profitable year yet, and I am deeply proud of our bold, inclusive programming and brand. Moreover, the team at Freeform is as good as they come. I will miss them massively, and will be cheering them on loudly from down the street.”

“I’m incredibly proud of what the team and I have accomplished over the years, and all the meaningful and impactful programming we’ve developed. This job has been the highlight of my career,” said Dungey. “While I’ve loved every moment, and knew I could call ABC home for many years to come, I’m excited to tackle new challenges. The toughest thing about this choice is leaving all the immensely talented people I’ve grown to admire and care for, from Bob Iger, the best leader and mentor that anyone could have; to my peers and colleagues; to my talented team, who I will miss enormously. But knowing that Karey is taking over, a person that I like and respect so deeply, makes passing the baton a lot easier. I know that, together, under Peter and Dana’s leadership, they are going to achieve great things and I will be rooting for their success.”