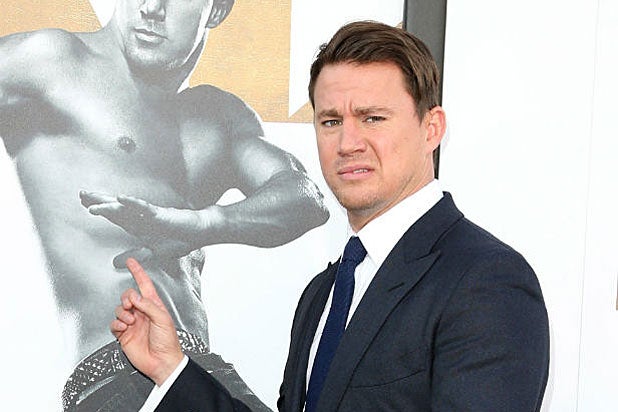 The Kings of Tampa took over Hollywood on Thursday night as the stars of “Magic Mike XXL” attended the sizzling hot premiere at the famous TLC Chinese Theatre.

Channing Tatum, Matt Bomer and Joe Manganiello are among the cast of the 2012 original film who brought their six-pack abs back for more action.

The storyline picks up three years after Mike (Tatum) bowed out of the stripper life at the top of his game and the other dancers are ready to do the same — but they want to throw one last blow-out show in Myrtle Beach, South Carolina, of all places.

The main man of the night was Tatum, who fooled around for the crowd (sadly fully dressed) pulling faces at a giant photo of his naked torso.

“Entourage” actress Emmanuelle Chriqui, whose latest movie will no doubt be battling at the box office against “Magic Mike XXL,” was also in attendance, as was Andie MacDowell.

Rather than bring husband Johnny Depp, who is down in Australia filming “Pirates of the Caribbean: Dead Men Tell No Tales,” Amber Heard walked the red carpet with co-star Adam Rodriguez on her arm.

Jada Pinkett Smith made a flying visit in a canary yellow dress before popping across the street to be a guest on “Jimmy Kimmel Live!” which is filmed on Hollywood Blvd.

Before the stars took to the carpet, a group of real-life strippers gyrated to the delight of fans and photographers alike, ripping off their shirts and throwing them at reporters.