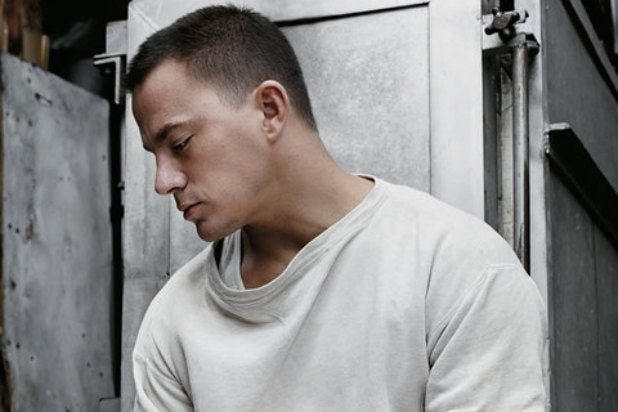 Channing Tatum started out as a stripper — and it may have helped him achieve Hollywood success.

“Personally, I like being pushed into corners,” Tatum said. “It forces you to be creative. Being a stripper exposed me to a lot of people I might never have met, and that has turned out to be a gift. There are lots of characters I feel I can play as a result.”

The actor sat down with T, the New York Times style magazine, for their 10th anniversary issue cover story and spoke about how his past allowed him to achieve the success he has today. Tatum also explained that while growing up in the South, he struggle with A.D.H.D. and dyslexia. His learning disabilities forced him to go on prescribed medications and be placed in special education classes.

“I have never considered myself a very smart person, for a lot of reasons,” Tatum said. “Not having early success on that one path messes with you. You get lumped in classes with kids with autism and Down Syndrome, and you look around and say, okay, so this is where I’m at. Or you get put in the typical classes and you say, all right, I’m obviously not like these kids either. So you’re kind of nowhere. You’re just different.”

Tatum points to his own education as proof that something is not right with public schools in America.

“The system is broken. If we can streamline a multibillion-dollar company, we should be able to help kids who struggle the way I did.”

His upcoming movie “Foxcatcher,” will allow Tatum to show off his athleticism as much as 2013’s “Magic Mike” showed off his athletic body. He will play real-life Olympic wrestler Mark Schultz who finds himself in an unwanted predicament with his sponsor, John du Pont, played by a prosthetic-nose wearing Steve Carell.

“It felt like a sensitive situation because really wanted me to get everything correct,” Tatum said.

Tatum’s friends reveal he trained harder for his role in “Foxcatcher” than any other previous movie done — hitting the gym any chance he got, even while shooting “White House Down.” With more free time to relax, Tatum has returned to his little known hobby of sculpture, which he became interested in while shooting “Haywire” in New Mexico.

“For some reason I was captivated,” Tatum says. “And I had this sort of feeling that I could do it. I don’t know why. It’s so internal. You get so focused on yourself as an actor,” he says. “You never feel totally confident that you got it right, and in the end the director will cut everything away to tell the story he wants to tell. With sculpting, nothing is cloudy or mystical. It’s just about this object, and if you’re trying to depict reality, and you do it well, then the outcome is the truth.”