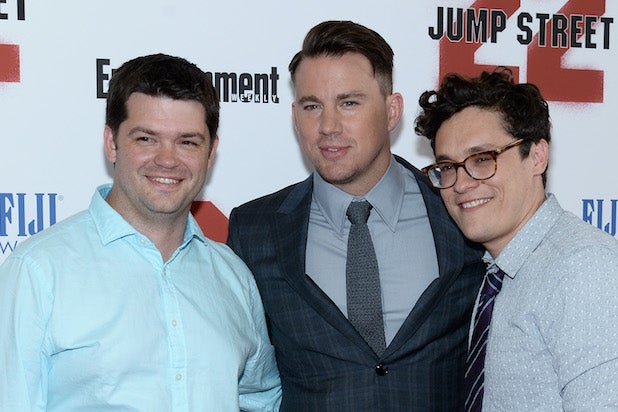 Channing Tatum will team up again with his “21 Jump Street” directors Phil Lord and Chris Miller on a monster movie at Universal based on one of the studio’s iconic monster characters, an individual with knowledge of the project told TheWrap.

Tatum will star in the film that is described as a tongue-in-cheek thriller set in the modern day and based on one of the classic Universal monster movie characters — which the studio declined to name. Lord and Miller will not direct, just produce. No director has been set.

Tatum’s producing partner at their company Free Association, Reid Carolin, came up with the original idea for the film and wrote a treatment. Wes Tooke (“Midway”) is writing the screenplay.

Plot details are being kept under wraps, but it will be a character within Universal’s classic monster movie franchise. The studio recently had success reinventing “The Invisible Man” with Elisabeth Moss, and Universal also has a Wolfman movie in the works with Ryan Gosling. “The Invisible Man” grossed $130 million at the box office.

Lord and Miller will produce with Aditya Sood through their production company Lord Miller, and Tatum will also produce alongside Reid Carolin and Peter Kiernan for their banner Free Association.

Senior vice president of production Jay Polidoro and director of development Lexi Barta are overseeing for Universal. Will Allegra will oversee for Lord Miller. Michael Parets will oversee for Free Association.

Channing Tatum is currently in production on his directorial debut, “Dog,” which he is both starring in and co-directing with Carolin.

Together with Lord and Miller, “21 Jump Street” and “22 Jump Street” with Tatum and Jonah Hill were both big comedy hits for Sony, grossing $201.5 million and $331 million respectively.