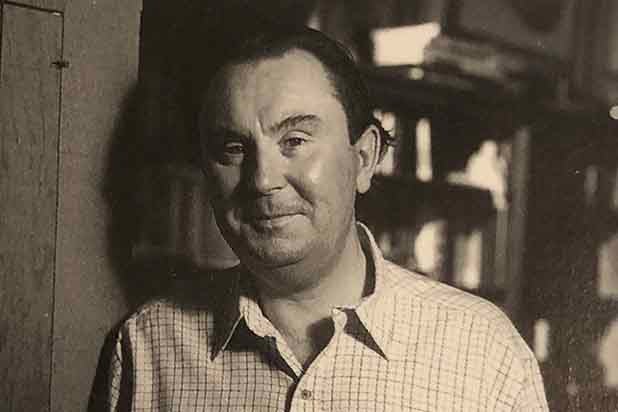 Charlie Hauck, writer for such TV classics as “Maude,” “Frasier” and “Home Improvement,” and creator of the comedy series “Valerie,” has died at the age of 79.

Hauck died at his home in Los Angeles on Saturday, Nov. 14 from complications related to pancreatic cancer, according to his daughter, Flannery Cogan Hauck.

A two-time Emmy nominee, Hauck’s career as a TV writer and producer spanned more than 35 years and included writing credits on shows like “One Day at a Time,” “That’s My Mama,” “M*A*S*H” and “Apple Pie.” He spent three seasons as a writer and producer on “Maude” before going on to create or co-create his own series, including “The Associates,” “The Two of Us,” “Suzanne Pleshette Is Maggie Briggs,” and “Valerie,” starring Valerie Harper.

“Nobody made me laugh harder, or more often, than Charlie Hauck. He defined ‘funny’ and was a glorious man and friend,” “Maude” co-creator Norman Lear said in a statement.

Carol Burnett, who worked with Hauck on the 1974 PBS special “Drink, Drank, Drunk,” remembered him as “a delight to work with.”

“Maude” star Adrienne Barbeau said, “I loved Charlie, both as a friend and as a writer. Christmas will never be the same. The cards he sent kept me laughing for the rest of the year. No one was funnier than Charlie.”

“Charlie was deep and deeply funny,” said “The Two of Us” star Mimi Kennedy. “I loved that he’d gone to Catholic seminary and worked in Pittsburgh public TV before coming to Hollywood. He loved rapid-fire repartee and screwball physical comedy, and could leave us howling at his dry observations about some absurdity of daily life. ‘Oh, for access to cabaret!’ he would say, seeing his effect. It was a byword. I still use it. His Christmas cards were legendary descriptions of some crazy but almost-credible situations involving him, usually, with some notorious public figure in the news, all by way of apology for why he would be unable to send a more customary greeting or gift that year.”

Hauck has also been credited with helping launch the career of Michael Keaton, whom Hauck first met while the two were working at WQED-TV in Pittsburgh. They were both part of the comedy troupe known as “The Flying Zookeni Brothers Daredevil Circus” before Hauck moved to Los Angeles, where he helped book Keaton on “Maude” and “The Two of Us.”

“If it wasn’t for Charlie, I am not sure I would have had the opportunities or career that I have had,” Keaton said in a statement. “People inside and outside the comedy world are really going to miss Charlie. He was gracious, obviously generous, charming, and funny as hell. He was a legitimate, honest-to-goodness wit, and really well-liked and admired in the comedy world.”

In addition to his TV work, Hauck also authored the novel “Artistic Differences,” which is described as “an insider’s look at a Hollywood comedy writer’s struggles with the gorgeous and wildly egocentric star of a television sitcom.” He also frequently emceed the annual Humanitas Prize ceremony and served as a trustee of the Writers Guild Foundation.