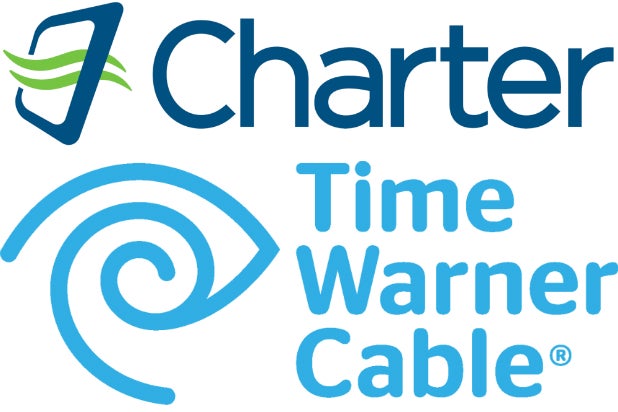 Charter Communications has submitted a proposal to merge with Time Warner Cable, which according to multiple media reports amounts to roughly $61.3 billion in cash and assumption of debt.

Charter disclosed the offer on Monday afternoon, and released a letter sent to Time Warner Cable management, setting a conference call for Tuesday to discuss the terms.

According to a Bloomberg, Charter would pay about $37.3 billion, excluding debt for the company. Charter CEO Tom Rutledge told Bloomberg that the offer of $132.50 per share includes $83 cash per share and about $49.50 in Charter stock to buy Time Warner Cable.

Charter said it would hold a conference call on Tuesday afternoon, Jan. 14, to discuss the terms of the offer.

It also indicated that it has been pursuing Time Warner Cable for six months, and that both sides met about it last month.

“Cable Charter has made repeated overtures to Time Warner Cable on this topic for more than six months,” Charter said. “Until December, Time Warner Cable chose not to engage or find out more. The CEOs and CFOs respectively met in December to walk through Charter’s plan including the structure, financing, tax and cash flow aspects of a transaction, but the flow of information has been exclusively one-way.”

Time Warner spun off its cable operation in 2009.

Below is the letter sent to Time Warner Cable management:

I enjoyed spending time with you in December discussing our prior proposals and the challenges our industry faces. As you know, I believe we have a significant opportunity to put our companies together in a way that will create maximum, long-term value for shareholders and employees of both companies. Our financing plan, which gives us the ability to deleverage during a period where our operating plan has sufficient time to be implemented, is prudent. Our history of operating performance is well understood, as are our tax assets.

As you know, Time Warner Cable quickly rejected our proposals in June and October, and refused to engage until we met in December. I communicated a willingness to submit a revised proposal in the low $130s, including a cash component of approximately $83. Following our meeting, you agreed to have our CFOs meet to review the structure, financing, tax and cash flow aspects of a transaction, which we understand was very helpful for Time Warner Cable. We believed Time Warner Cable and its Board of Directors would recognize the significant value of this combination and genuinely engage. Instead, you came back with a verbal offer at an unrealistic price expectation which ignores a full 39% premium already reflected in Time Warner Cable’s stock (as of last Friday), widespread shareholder endorsement of a deal, and Time Warner Cable shareholders’ approximately 45% ownership in the upside of the proposed transaction. Furthermore, your proposal to significantly increase the cash component of the price contradicts Time Warner Cable’s own public statements on debt leverage. The information provided to date has been exclusively one-way, which further reinforces the point that there is no genuine interest from Time Warner Cable management and Board of Directors to engage on this opportunity.

While we are preserving all options going forward, we remain open to real engagement. We would like to engage with you to conclude an agreement for a business combination that is beneficial for your shareholders and ours. We would be prepared to offer a cash/stock election mechanism that would allow those shareholders who wish to participate in the benefits of a combination to do so, while others who wish to cash out will be able to do so at a meaningful premium. The financing to complete this transaction is fully negotiated, and we can be in a position to sign commitment letters in a matter of days.

This transaction is beneficial to Time Warner Cable shareholders who remain invested in the combined company because they realize the value creation from cost reductions, faster organic growth, and leveraged and tax advantaged returns. We also believe that the new combined company, through potential future swaps and divestitures with other industry participants, can help rationalize the geographic holdings of the industry into more efficient entities capable of providing better services and products into a very competitive marketplace, thus generating higher returns for the combined company and the industry at large.

We are fully prepared to finalize a deal on an extremely expedited basis. We believe that time is of the essence to prepare our companies to meet the challenges of the industry, which is why we have decided to announce the status of our discussions to date to both sets of shareholders.