A word of warning from Cannes to anyone embarking on an extra-marital affair for the purpose of cheering up his or her life: These clandestine affairs go bad in some of the worst ways — and consequences can be incredibly dangerous.

From the nanny who goes to bloody war with the ladies of the house to keep her master’s baby in the Korean competition film "The Housemaid" to the German un certain regard entry "The City Below" ("Unter Dir Die Stadt"), about a strange, passionless affair between a powerful older banker and the amoral wife of a young employee sent to a dangerous post in Indonesia because of his wife’s affair. 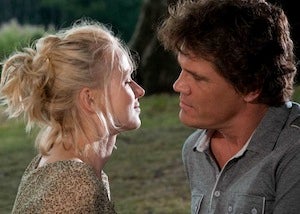 Sadly, none of this sex is particularly joyful and gets even more perverse and violent in films like Argentina’s Director’s Fortnight entry, "The Invisible Eye" ("La Mirada Invisible"), about a repressed 23-year-old virgin school teacher whose daily surveillance activities in the bathrooms and boy’s locker room awaken a sexuality that leaves her ripe for a violent sexual encounter. Or, consider the Mexican cannibal film, "We Are Who We Are" ("Somos Lo Que Hoy"}, about a violent teen son in a family of cannibals who is inclined to have sex with a bound prostitute just prior to the ritual feasting.

Flipping through the Cannes Film Festival 2010 catalogue, the words “affair” and “cheating” appear often in the plot synopses (which incidentally, are provided in an often amusing mangle of English-esque phrases, including one that was copied right off the film’s website and includes navigation directions like “click here.”). 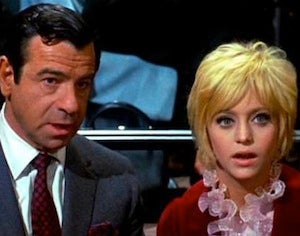 Yep, something in the universe this past year has compelled the filmmakers of the planet to cast the spotlight on human relationships of a sexual nature outside the perimeter of monogamy. These films indicate that we express and liberate our repressed selves through our sexual affairs … maybe even work out an issue or two and push the boundaries of social convention.

I can’t help thinking that the views expressed seem puritanical and outmoded for the most part. Oddly, the 1969 "Cactus Flower" with Walter Matthau and Goldie Hawn, that I happened to catch on my flight to Cannes, made by a studio at the height of the flower power movement, depicts a type of sexual liberation and frankness that make the Cannes 2010 offerings seem far less progressive.

That is, with the exception of Gregg Araki’s "Kaboom," which even visually, breaks out from the pack, with its bright candy colors amidst a tide of films lensed in a mannered palette of blues and grays. No one wears beige and there is no shame in Araki’s post-AIDS generation"Donnie Darko" meets “Twin Peaks” comedy where college freshmen slip in and out of polysexual encounters like previous generations met for a rousing game of backgammon.

Incidentally, Araki got a standing ovation at his 12:45 a.m. screening at the Palais when he entered the several thousand seat house and he and his cast played to more extended applause after the film.

The French subtitles are a hoot to watch, too, since the film is littered with raunchy slang — Comment dites-vous “Vagetarian?”