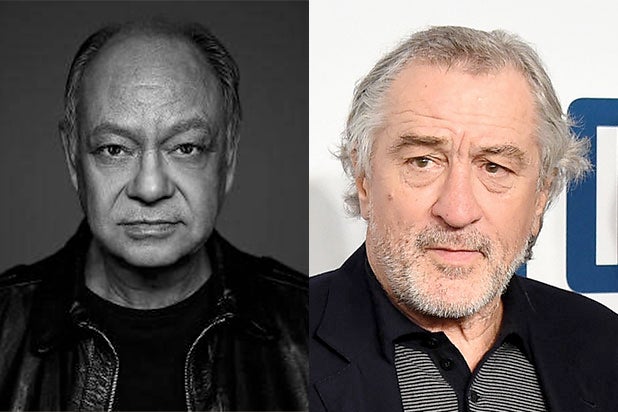 The Robert De Niro comedy “War With Grandpa” has added Cheech Marin to the cast, TheWrap has learned exclusively.

Tim Hill is set to direct the adaptation of Robert Kimmel Smith’s 1984 novel, which follows a young boy who loves his grandpa Ed (De Niro). But when his grandfather’s wife dies, he has to move in with his grandson and takes his room — much to the youngster’s dismay, who plots a series of pranks to drive him out.

“War With Grandpa” is a TWC-Dimension release.

Marin will play the role of Danny, Ed’s friend who still thinks he’s a catch with the ladies.

Christopher Walken, Uma Thurman and Rob Riggle are also part of the cast.

Marin is best known for being one half of comedy duo Cheech and Chong along with Tommy Chong. The duo released comedy albums, six of which went gold and four of which were nominated for Grammys, and starred in eight films together. The duo reunited in 2009 for the “Light Up America” national tour.

More recently, Marin guest-starred on shows like “Jane the Virgin” and voiced characters in films including “The Lion King” and “Cars.”

He is represented by Innovative Artists.

From Snoop Dogg to Dawn Wells — if you’re commemorating the marijuana enthusiast’s national holiday on April 20, you have friends in high places