Chef and humanitarian José Andrés has joined TheGrill 2022 for a Spotlight Conversation about his work providing meals in crisis zones including Ukraine and Puerto Rico, as well as his recent foray into entertainment with an unscripted travel series, podcasts, and newsletter.

Earlier this year, Andrés and his remarkable non-profit World Central Kitchen were the subject of the Emmy-nominated Ron Howard documentary “We Feed People.” He also launched his own production company José Andrés Media (JAM) with an upcoming Discovery+ series along with the podcasts “Longer Tables” and “Pressure Cooker.

Other speakers just added to TheGrill conference taking place on October 11-12 in Los Angeles include actress-activist Jodie Sweetin, who will talk about Hollywood post-Roe; actress-podcaster Becca Tobin, who will talk about navigating between the screen and audible storytelling, and blockbuster producer Roy Lee (“Godzilla vs. Kong,” “It”) who joins a panel on theatrical vs. streaming led by former IMAX Entertainment CEO Greg Foster. 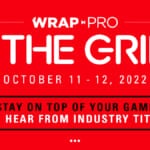 TheGrill is also pleased to announce these new topics and speakers including:

Additional details and participants will be announced in coming weeks. Click here to buy tickets.

For over a decade, WrapPRO’s Grill event series has led the conversation on the convergence between entertainment, media and technology, bringing together newsmakers to debate the challenges and opportunities facing content in the digital age. Tailored to a C-suite and innovative, forward thinking  attendees, the event delivers a unique series of curated discussions, industry panels and virtual networking activations that explore the ever-changing media landscape.

This year’s event will offer both in-person and virtual components. The October 11 program will be all virtual and free to register. The October 12 program will be an exclusive in-person event held in Los Angeles with limited tickets available to WrapPRO members and will conclude with an evening of cocktails and conversations honoring TheWrap’s Innovators of 2022! The highly anticipated annual Innovators List recognizes individuals and companies who are driving change within their industry and beyond.

Click here to become a WrapPRO member for access to TheGrill on-demand as well as exclusive entertainment coverage, insights and invites to virtual events/screenings throughout the year.