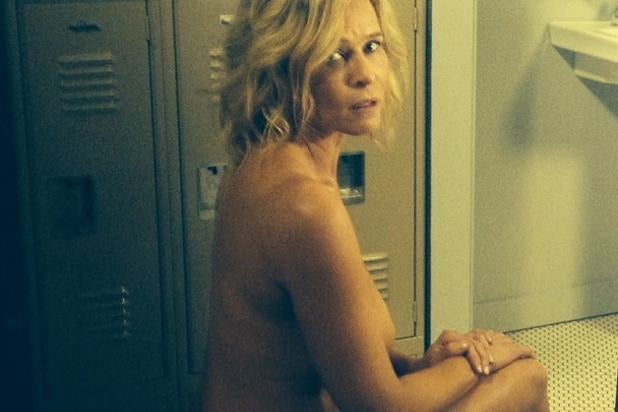 Comedian Chelsea Handler is the latest female star to strip down to get her popularity up — only she did it to make fun of the Kardashians.

The “Chelsea Lately” host, who will end her E! run on Aug. 26, posted a picture of herself posing topless on Instagram on Thursday morning with the caption, “I’m a Kardashian.”

The joke is that the reality stars, mainly Kim, are constantly flaunting their bodies online and in other forms of media to boost their brand.

Handler cited the Kardashians and celebrity culture E! feeds off of as one of the main reasons she decided against renewing her contract with the television network.

“I think if you participate in the celebrity world then you don’t really have a choice but to be involved in the drama,” Handler told the Daily Mail in June. “You end up getting so into the mix that it changes the topics of the day. You can sit around and complain about all that shit and the Kardashians all day but if you’re participating in it then what can you do? It really didn’t feel great doing the show and the only way to sort things out was to extricate myself from the entire situation.”

Handler will star in and produce a talk show for Netflix, as well as a stand-up special premiering in October and four docu-comedy specials for the online streaming service.