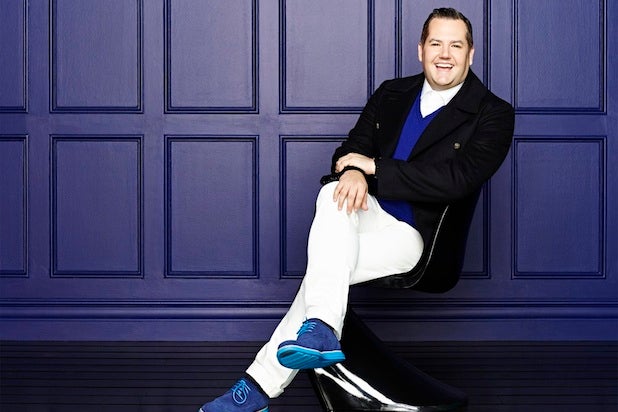 Produced by Chelsea Handler‘s Borderline amazing, Mathews’ weekly late night show, “Hello Ross!,” ended its second season in May. Afterward, E! placed the show on hiatus. According to multiple sources, the cable channel has 60 days left of an initial 90-day period to make a decision on renewal.

Mathews, though, just signed a new two-year talent deal With E!. Individuals with knowledge of the situation have told TheWrap that he would continue appearing as a correspondent for other E! programs, E! News and live red carpet coverage under the agreement even if “Hello Ross!” is canceled.

Further complicating the situation for Mathews, though, is Handler’s impending exit from the network. She is set to shoot her final episode of late night talk show, “Chelsea Lately,” in August.

Mathews was considered by some in the press as the heir apparent to Handler’s weekday late night spot. But E! executives had become icy about Mathews as a possibility and have gone into development on at least two late-night projects to debut next year.

Furthermore, individuals at both companies say that neither Handler’s Borderline Amazing nor E! are too fond of the idea of working with each other going forward. Part of a decision to cancel Mathews’ show would be the desire to cut ties with Handler, who just hammered out an extensive deal with Netflix, all together.

A representative for E! told TheWrap that no decision has been made on “Hello Ross!”

“‘Hello Ross!’ will most likely be cancelled,” an individual at Borderline Amazing told TheWrap, “Obviously, the fees to Borderline were inconsequential. We just want to get rolling at Netflix.”