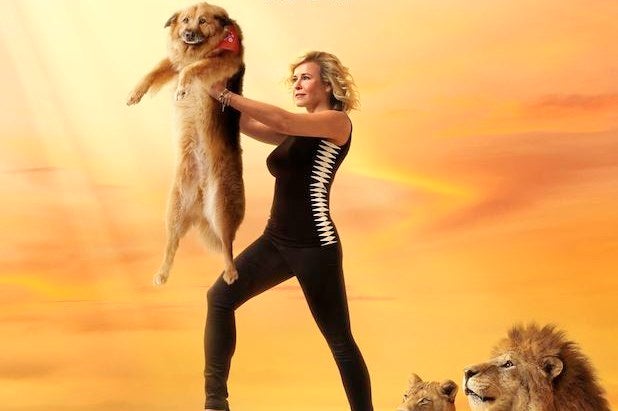 Chelsea Handler‘s first of five comedy specials for Netflix is right around the corner, and the former late-night television host is using her dog Chunk to get fans excited for it.

Handler holds her pup high above the African plains in a pose parodying “The Lion King” on the first promo for “Uganda Be Kidding Me.”

See video: Chelsea Handler Gets Epic ‘We Are the World’ Sendoff From Hollywood’s A-List

The special, which starts streaming on Oct. 10, will be a refined version of Handler’s act, as she has been touring in support of her New York Times bestselling book of the same name.

Handler, who left E! and “Chelsea Lately” behind in August, will launch a new talk show on Netflix in the coming years, as well as produce four docu-comedy specials for the streaming television service.

See video: Chelsea Handler Says She’s Quitting ‘Chelsea Lately’ to Get Away From the Kardashians