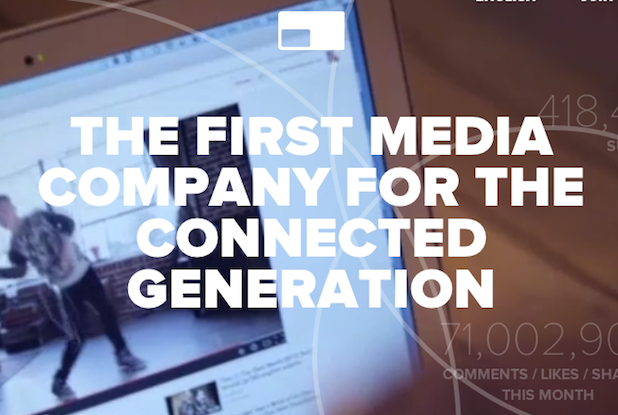 Otter Media, the joint venture between The Chernin Group and AT&T, is buying a majority stake in Fullscreen, the large online video network run by former Google executive George Strompolos, according to two individuals with knowledge of the deal. Strompolos will retain a significant minority stake in the company he founded, which works with more than 40,000 YouTube channels.

Interest in his company spiked once Disney acquired Maker Studios, and Fullscreen has been meeting with potential buyers over the past couple of months. While Disney paid $500 million for Maker (with an earn out of an additional $450 million), this deal values Fullscreen at between $200 and $300 million. Representatives for Otter and Fullscreen declined to comment.

The deal, first reported by Re/code, is not a sale; it expands the relationship between Chernin and Fullscreen. Chernin and Comcast led a $30 million investment round in Fullscreen last June, and Chernin had a clause in its deal that permitted it to acquire Fullscreen outright.

Also read: How Fullscreen Built NBC Into One of YouTube’s Biggest Networks

This is Otter Media’s biggest deal since AT&T and The Chernin Group announced their joint venture (previous acquisitions included Crunchyroll and Creativebug). Otter is assembling a panoply of video on-demand products, and Fullscreen has been working on its own product for the past several months.

Some media companies are wary of spending serious cash on multi-channel networks such as Fullscreen, whose greatest asset is scale. Fullscreen offers Otter its expertise in YouTube, relationships with emerging young talent and some proprietary technology.

Yet it is still figuring out how to turn a profit; it does not own a vast library of intellectual property, or own most of its popular channels. The subscription video-on-demand product may be one recourse, but that is still in the works.

Time Warner kicked the tires on a deal for Fullscreen and pulled back while Yahoo made an offer that reportedly was not large enough. Similar flaws did not deter Disney from paying top dollar for Maker, and Fullscreen fits in well with what Otter is trying to assemble, at least based on the limited amount the companies have said about their plans.

This deal takes another of the largest online video networks off the table, as media companies turn their gaze to companies such as Tastemade, DanceOn, StyleHaul — smaller networks with a more specific focus — and myriad international networks.