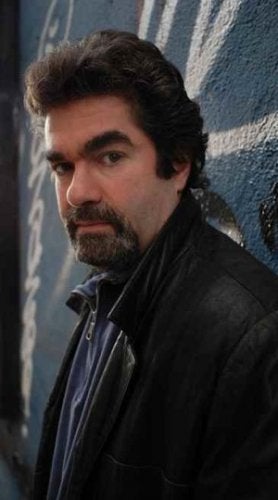 Chevron’s subpoena for outtakes from the documentary "Crude" was granted by a New York federal court judge on Thursday.

In granting the oil company access to the raw footage, Judge Lewis Kaplan shot down director Joe Berlinger’s claims that the footage was protected by the First Amendment.

Released in 2009, "Crude" documents oil and toxic waste contamination in the Amazon rainforest left over from when Texaco, which was acquired by Chevron in 2001, operated oil fields in the Amazon with the government-owned Petroecuador.

Berlinger’s film also chronicles the protracted legal struggle between 30,000 indigenous people and Chevron over the environmental damage. That group is currently seeking $27 billion in damages in an Ecuadorian court.

Chevron maintains that footage cut from the final film shows the plaintiffs’ lawyers engaging in misconduct that undermines their case.

In making his decision, Kaplan did not weigh in on the merit’s of Chevron’s case in Ecuador.

"The court expresses no view as to whether the concerns of either side are supported by proof of improper political influence, corruption, or other misconduct affecting the Ecuadorian proceedings," Kaplan wrote. "As Justice Brandeis once wrote, however, ‘Sunshine is said to be the best of disinfectants.’ Review of Berlinger’s outtakes will contribute to the goal of seeing not only that justice is done, but that it appears to be done."

Berlinger plans to seek a stay on the court’s ruling and will appeal the decision to the Second Circuit Court.

"This is a violation of my First Amendment rights," Berlinger told TheWrap. "I feel this decision is a blow to documentarians everywhere, as it will seriously impair our ability to gain the kind of access that is the bedrock of long-term investigative filmmaking that is at the heart of ‘Crude.’"

Berlinger has financed his legal defense and also will fund any appeals, the filmmaker said.

The oil company, however, heralded the court’s decision.

"Chevron is eager to move forward on this issue," Kent Robinson, a spokesman for Chevron, told TheWrap. "The streaming Netflix version of ‘Crude’ documents improper conduct by the trial lawyers behind the Ecuador lawsuit. At the request of the lawyers, this content was deleted from the DVD version of ‘Crude’ that is currently available for sale. It is highly likely that additional misconduct is captured on the outtakes, content that could be extremely relevant in revealing the truth about the trial in Ecuador. Already, a similar discovery process revealed that the trial lawyers have been submitting fabricated expert reports to the court, and we believe that is only the tip of the iceberg when it comes to their misconduct.”

This is not the first time Berlinger has been embroiled in a legal struggle over one of his films. Prosecutors in the "West Memphis Three" murder case unsuccessfully attempted to subpoena raw footage from his 1996 documentary "Paradise Lost: The Child Murders at Robin Hood."