UPDATE: A person of interest was taken into custody on Monday evening.

At least 26 people have been wounded with six killed at a shooting during a Fourth of July parade on Monday in the Chicago suburb of Highland Park.

Shots were fired approximately 10 minutes after the parade started at 10 AM local time.

“Highland Park Police are responding to an active shooter incident that occurred in downtown Highland Park during the 4th of July parade,” the city of Highland Park wrote in a statement to NBC Chicago. “This is an active incident. All individuals are advised to shelter in place. Law enforcement agencies are searching for the suspect; evidence of a firearm has been recovered.”

“Numerous law enforcement officers are responding and have secured a perimeter around downtown Highland Park. 16 people have been transferred to the hospital; 5 individuals are confirmed deceased,” the statement continued. CNN later reported six people had been killed. 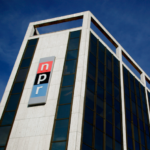 In response to the shooting, nearby towns in Illinois including Northbrook and Evanston have cancelled their July 4 festivities.

Chicago Sun-Times columnist Lynn Sweet was at the parade and shared a video of shots breaking out during the parade and attendees frantically fleeing the scene.

According to the Gun Violence Archive, the Highland Park shooting is the 308th mass shooting in the United States this year, a list that includes a shooting in Uvalde, Texas that resulted in the deaths of 19 children and two adults and a shooting livestreamed online at a grocery store in a Black neighborhood Buffalo.

There are already more mass shootings in the United States in 2022 than there were during the entire year in 2014, when 269 shootings were logged by the Gun Violence Archive.