For 33 years, National Public Radio’s “Morning Edition” host Steve Inskeep has made it a tradition to read the Declaration of Independence on the Fourth of July. But this year, he broke that tradition, replacing it with a segment examining what Thomas Jefferson’s famous phrase “all men are created equal” actually means in relation to today’s sharply divided United States.

Inskeep interviewed Harvard professor Annette Gordon-Reed, who wrote a book in 1997 about Thomas Jefferson’s affair with one of his slaves, Sally Hemings, and the children born from that relationship. He also spoke with Harvard historian Jill Lepore, who said that Jefferson took the idea from Enlightenment thinkers.

“It’s fashionable, and rightfully so, to indict the limits of [Jefferson’s] vision,” Lepore said. “But in the 18th century, even the idea that all white men are created equal was a radical notion at the time. Those men lived in a highly ranked culture, and a declaration of equality is throwing that away, or challenging that in a revolutionary manner.” 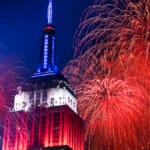 Also Read:
Fourth of July Viewing Guide: What to Watch on TV

Gordon-Reed said that Jefferson understood the contradiction of writing that “all men are created equal” while living on a slave plantation. He envisioned a path to emancipation that would see Black slaves be freed and establish their own sovereign nation.

The segment goes on to examine how the phrase “all men are created equal” has been used to call out America’s hypocrisy all the way back to its earliest years. The phrase was even used against Jefferson himself, as Black naturalist Benjamin Banneker challenged the Declaration writer to abolish slavery based on the ideals he wrote in letters exchanged between the two while Jefferson was serving as the nation’s first secretary of state.

This phrase would be used and debated over the centuries by figures from abolitionist Frederick Douglass to civil rights icon Martin Luther King Jr. 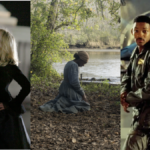 Also Read:
7 Great Movies to Watch on the 4th of July (Photos)