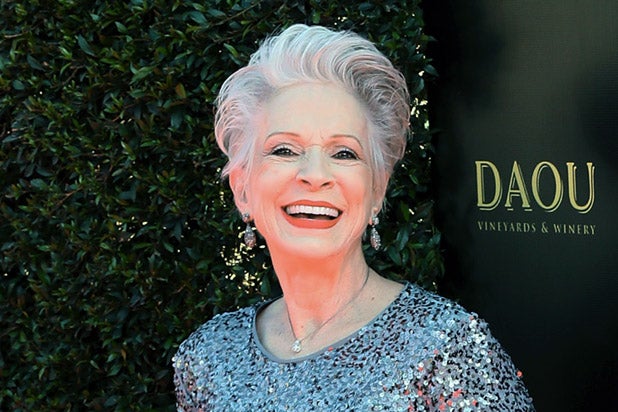 “All My Children” alum Jennifer Bassey has accused the National Academy of Television Arts & Sciences of “gender bias” after her Daytime Emmy award was revoked over a rule violation.

When the awards were first handed out back in April, Patrika Darbo was awarded the statue for guest actress in a digital series, but it was subsequently determined that she was ineligible because she had previously appeared on the program, and because her submission reel featured clips from more than one episode, a violation of NATAS rules.

Bassey, who received the second-most votes in the category, was then notified that she would receive the award instead. However, it was later discovered that Bassey’s reel also featured clips from more than one episode, and her award was revoked as well. NATAS announced on June 1 that no Emmy would be awarded in the category.

Now, Bassey says that the Academy’s decision was unfair because a male performer in another category was found to have made a similar violation but was allowed to retain his Emmy.

“I was awarded the Daytime Emmy because Patrika was submitted in the wrong category — and then it was taken away by the Academy several days later due to my producer of ‘Anacostia’ unintentionally breaking the rules with my submission as well,” Bassey said in her statement. “However, [“The Bay” star Eric Nelsen]’s producers also unintentionally broke the rules with his submission, yet he gets to keep his Daytime Emmy and I don’t get to keep mine. Is this fair or gender bias?”

When NATAS announced its decision to revoke Bassey’s Emmy, the organization also said that an investigation had found that Nelsen, who won in the supporting actor category, had submitted clips from five episodes even though the stated limit was four. Citing “ambiguity” in the rules, the Academy allowed Nelsen to keep his award because the extra scenes were “often fleeting” and thus “deemed not to have impacted the outcome of the competition.”

“Either his Emmy should also be revoked or I should receive mine,” Bassey said in her statement. “So, #TimesUp, Academy. Give me Daytime Emmy [sic].”

In an interview with Variety, which first reported the hubbub over the guest actress Emmy, NATAS senior vice president David Michaels attributed the apparent inconsistency to the “wild, wild west” phase of the relatively new digital drama series categories and ambiguity in the eligibility criteria as to what exactly constitutes an “episode” of a digital series.

Darbo, for her part, has backed Bassey’s stance that she is the rightful recipient of the guest actress Emmy.

“[Bassey’s] violations — because that’s exactly what NATAS called it, violations — were exactly the same as Eric Nelsen’s,” she told Soap Opera Digest. “So what does that look like? You take it from the older woman but you give it to the younger guy? That looks wrong with the same violations.”

Representatives for NATAS did not immediately return TheWrap’s request for comment.