“Toy Story’s” Woody does not have a friend in Chucky, judging by this new poster for the upcoming “Child’s Play” movie.

Both the horror remake and “Toy Story 4” — the latest in Pixar’s popular franchise — hit theaters on the same day, June 21.

Given that “Child’s Play” is also about a toy that comes to life, Orion Pictures decided to have some fun with the marketing.

The latest poster for “Child’s Play” shows Chucky walking away from the scene of a crime. His victim appears to be Woody, whose signature cowboy hat has been torn and his white stuffing cut out. Blood is shown near the body and on the bottom of Chucky’s sneakers. The poster even resembles the brownish color scheme of one of the first teaser posters for “Toy Story 4.”

“There’s a new sheriff in town. Meet your new best friend on June 21,” the official account for the film tweeted on Tuesday.

“Woody?…or wouldn’t he,” Mark Hamill, who voices the murderous Chucky doll in “Child’s Play,” poses in a tweet. Judging by the bloody remains, not only would Chucky kill, he has.

Lars Klevberg directs the remake of the ’80s slasher film in which a mother buys a toy doll for her son, unaware of its sinister nature. Aubrey Plaza stars along with Gabriel Bateman, Tim Matheson and Brian Tyree Henry.

See the new poster for the film below: 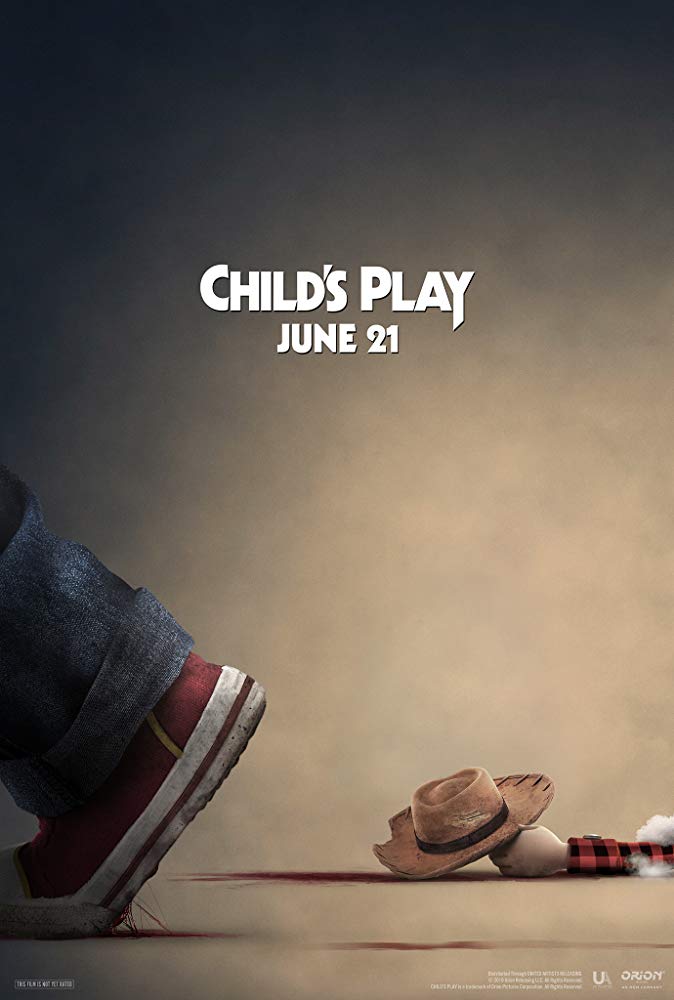