Something wicked this way comes: Netflix has finally revealed the premiere date for “The Chilling Adventures of Sabrina,” making Halloween 2018 a little bit spookier.

Netflix has been coy in rolling out the series, dropping small teases throughout the production process. Those nuggets include a short teaser, as well as set photos showcasing stars Kiernan Shipka and Ross Lynch.

Starring Shipka as the titular witch,”The Chilling Adventures of Sabrina” is a new take on the classic “Sabrina the Teenage Witch” comicbook series re-imagined as a dark coming-of-age story tonally in the vein of “Rosemary’s Baby” and “The Exorcist.”

The new series finds Sabrina (Shipka) wrestling to reconcile her dual nature — half-witch, half-mortal — while standing against the evil forces that threaten her, her family, and the daylight world humans inhabit. 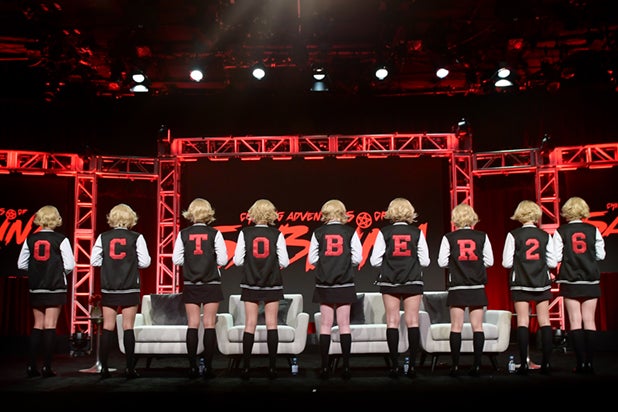