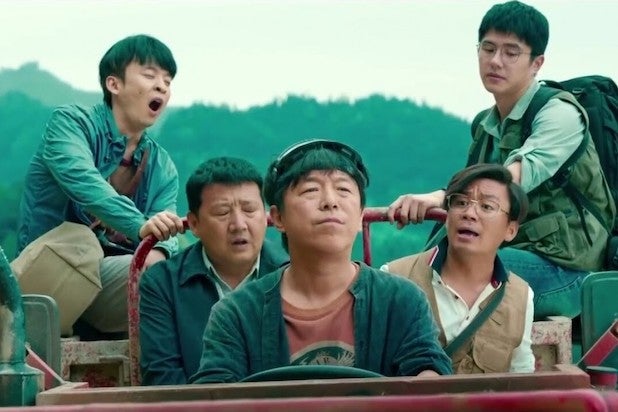 The China box office has grown to just shy of $2 billion in 2020, making it the largest box office in the world and surpassing North America for the first time in history.

Hobbled by the coronavirus, ticket sales at North American theaters are just at $1.94 billion on the year compared to China’s $1.988 billion, according to a report from the cinema investment research firm Artisan Gateway (via multiple media reports). Artisan Gateway did not immediately respond to a request for comment.

This time last year, the North American box office had brought in just about $9 billion of what would wind up being an $11.4 billion 2019, with China reaching $9.2 billion. And this year’s total is still 75% off from where it was at last year, but Chinese theaters are also operating at just 75% capacity with only a limited amount of new movie product to offer.

One of the biggest box office hits bolstering that total is the drama “My People, My Homeland,” which over the weekend brought in another $19.1 million in China alone and has earned $360 million over just 18 days.

The biggest worldwide hit also came out of China, that being “The Eight Hundred,” which now has made $460 million and nearly all of that total from China alone. That beat out the next highest-grossing worldwide earner from 2020, Sony’s “Bad Boys For Life,” which capped out at $426.5 million.

Stateside, major theater chains like Regal have already temporarily shuttered theaters, while AMC has warned that it could run out of cash by the end of the year if conditions don’t change. Meanwhile, many Hollywood tentpoles have already vacated release dates in 2020, including films like “No Time to Die” and “Black Widow,” while others have moved directly to streaming.

The New York Times reported on Monday that with COVID-19 under control in China, the country’s economy has surged 4.9% between July to September compared to this same time in 2019.