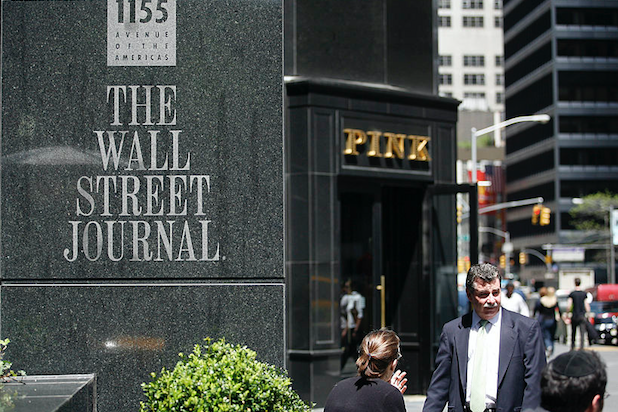 Three Wall Street Journal reporters in China had their press credentials revoked and were told to leave the country Wednesday, according to that outlet. The Journal reported China’s Foreign Ministry said the move was a punishment for a recent opinion piece it had published in the wake of the coronavirus outbreak that originated in the country.

The journalists in question — deputy bureau chief Josh Chin and reporter Chao Deng, who are both U.S. nationals, as well as Philip Wen, a reporter and Australian national — have been informed they have five days to get out of the country. They are currently based in the capital city of Beijing.

This event, according to the Journal, marks the first time post-Mao that the government of Chinese has expelled more than one journalist from a single international news organization at the same time.

The Feb. 3 opinion piece by Walter Russell Mead that led to the expulsion referred to China as “the real sick man of Asia.” According to the Journal, the ministry and state-media outlets have repeatedly referenced the piece and unspecified consequences for its publication in recent days. All three affected journalists work for the Journal’s news division, which is completely separate from the opinion section.

“Our opinion pages regularly publish articles with opinions that people disagree–or agree–with and it was not our intention to cause offense with the headline on the piece,” said Journal publisher and Dow Jones CEO William Lewis in a statement Wednesday. “However, this has clearly caused upset and concern amongst the Chinese people, which we regret.”