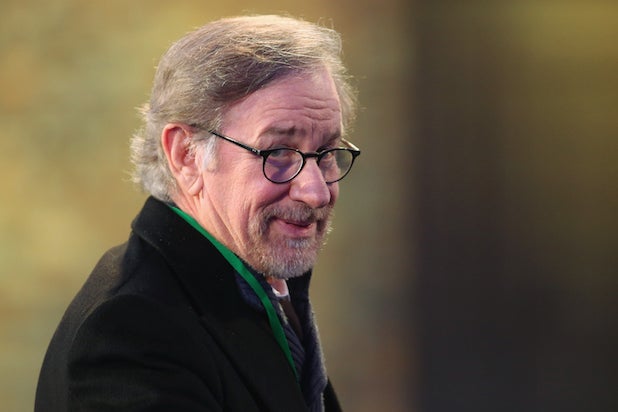 Alibaba Pictures has acquired a minority equity stake in Steven Spielberg‘s Amblin Partners, in what is being called a “comprehensive strategic partnership.”

The team will co-produce and finance films for global and Chinese audiences, in addition to joining forces on the marketing, distribution and merchandising of Amblin films in China.

“We are proud and excited that such a valued company as Alibaba Pictures is joining with our other highly-respected partners, Reliance Entertainment, Participant Media and Entertainment One, in building our growth and strengthening our company even further. Our vision is to inspire and entertain audiences through creativity and imagination both here and around the world. We would also like to thank Jack Ma for his friendship and support.”

Alibaba Pictures’ estimated market value as of June 2015 was $9.6 billion.

“This partnership is the first of its kind for both Amblin Partners and Alibaba Pictures and marks an important milestone in our globalization strategy to reach Chinese and global audiences alike,” said Shao Xiaofeng, chairman of Alibaba Pictures. “We will also leverage Alibaba Group’s ecosystem as a channel for Amblin Partners’ films to reach hundreds of millions of Chinese consumers.”

“We have great respect for Mr. Spielberg as one of the world’s most influential filmmakers and entrepreneurs. Among Chinese consumers, there is an increasing demand for premium global content,” said Alibaba Group’s executive chairman Jack Ma. “This collaboration can serve as a cultural bridge and have a positive impact on the next generation of Chinese consumers.”

Amblin Entertainment was founded by Spielberg and film producers Kathleen Kennedy and Frank Marshall in 1981. It went on to produce box office mega hits like “E.T. the Extra-Terrestrial,” “Back to the Future,” “Men in Black” and “Jurassic Park.”