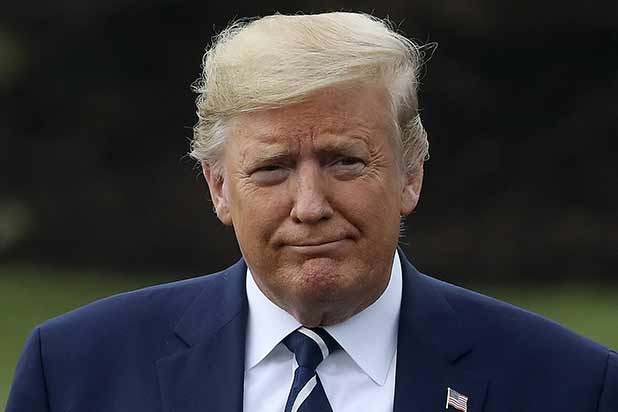 Xinhua News, China’s state-run news agency, again appeared to chastise President Donald Trump Friday after another day of him referring to the coronavirus as the “Chinese virus.”

“It’s a distraction tactic,” the agency’s Twitter account posted. “Yes, it’s RACIST… but he’s doing it so people are talking about THAT instead of his LIES and INCOMPETENCE.”

The agency did the same thing after Trump referred to the coronavirus as the “Chinese Virus” in a tweet Monday night.

“Racism is not the right tool to cover your own incompetence,” Xinhua responded in a tweet at that time, which didn’t link to any other news story and include any other context.

Thursday, during a press conference about the spread of the virus which has so many Americans social distancing and shut up in their homes out of fear of overwhelming the healthcare system, Trump again referred to the coronavirus as the “Chinese virus.” In photos of his prepared statements and notes obtained by reporters present, Trump had crossed out “coronavirus” in his own speech and written “Chinese virus” instead.

A reporter from the conservative One America News Network present at the conference asked the president about the naming specifically, questioning if it was also racist, then, to use the phrase “Chinese food.” Trump said he did not think it was, in fact, racist to say “Chinese food.”

Earlier in the week, GOP Senator John Cornyn defended Trump’s use of “Chinese Virus,” incorrectly stating that other viruses like swine flu and MERS originated in China. Swine flu was first detected in the United States and MERS in the Middle East.

The World Health Organization has mandated that “the name of the disease could not refer to a geographical location, an animal, an individual or group of people. It also needed to relate to the disease and be pronounceable. This choice will help guard against the use of other names that might be inaccurate or stigmatizing.”

Critics have seen Trump’s use of “Chinese Virus” as shifting the blame for his administration’s slow response to the coronavirus. In late February, Trump downplayed the risk, saying the virus would “within a couple days [is] going to be down to close to zero.”