Chinese tennis star Peng Shuai said Sunday that she has never accused anyone of sexual assault, adding that a social media post she wrote last month was misunderstood.

“First, I need to stress one point that is extremely important, I have never said or written that anyone has sexually assaulted me, I have to clearly stress this point,” Peng said in a video posted Sunday by Lianhe Zaobao, a Singapore media outlet (via Reuters). When pressed further about the social media post that has since been deleted, she said “there are a lot of misunderstanding[s], so there’s nothing to say… about this interpretation and distortion.”

Peng was attending a cross-country skiing exhibition in Shanghai as part of the run-up to the Beijing 2022 Winter Olympics. The U.S., U.K., Canada and Australia are staging diplomatic boycotts of the Beijing Olympics over China’s human rights abuses. 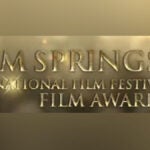 Peng’s well-being had become a concern among tennis fans and human rights groups after she appeared to accuse former Vice Premier Zhang Gaoli of sexually assaulting her on Weibo, China’s social media network. Her post was quickly deleted and searches about Peng and her accusation were scrubbed off of China’s heavily-controlled internet.

Peng had not been seen in the three weeks since she made that accusation, and though she had been spotted in public recently, there remained concerns regarding her safety. An email to the Women’s Tennis Association that was attributed to Peng had also backtracked on her claims, but many in the tennis community and human rights groups wondered if Peng was coerced into writing that.

When Peng was asked if she wrote that email to the WTA, she confirmed she wrote the Chinese version of it but it was translated to English by someone else.

Earlier this month, the Women’s Tennis Association said it would suspend all tournaments in China and called for an immediate investigation.

“It was again good to see Peng Shuai in a public setting and we certainly hope she is doing well. As we have consistently stated, these appearances do not alleviate or address the WTA’s significant concerns about her well-being and ability to communicate without censorship or coercion,” the WTA said on Monday. “We remain steadfast in our call for a full, fair and transparent investigation, without censorship, into her allegation of sexual assault, which is the issue that gave rise to our initial concern.”