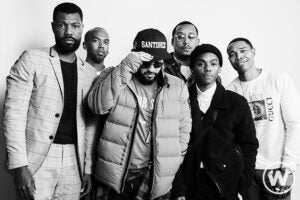 “Skyfire,” a Chinese disaster movie directed by “Con-Air” director Simon West, will get an American theatrical release later this year, as Screen Media has acquired the North American rights to the film, the distributor announced Thursday.

“Skyfire” opened in China in December 2019 and climbed as high as #2 at the Chinese box office, grossing $24.2 million in the region, and Screen Media will now give it a domestic theatrical release and on-demand in December.

The film stars Jason Isaacs, Hannah Quinlivan, Xueqi Wang and Shawn Dou and is the story of a once dormant volcano that erupts around the world’s only volcano, island theme park. Isaacs plays the resort owner and Quinlivan is a young scientist who needs to convince him to evacuate the island before it is too late.

“‘Skyfire’ is a real return for Simon West to large-scale, blockbuster filmmaking. The immense scope of this thrilling story, and Simon’s skilled execution in telling it, results in a blast of a disaster movie that all can enjoy, whether they watch on the big screen or at home. We’re excited for audiences to enjoy the ride,” Screen Media in a statement.

“‘Skyfire’ is China’s first International Production and is truly a movie made by the world, for the world. We hired top-tier creative talents from 17 countries, spent five years developing the film and we have tried our best to present an amazing VFX feast for a global audience,” Wenjie Dong said in a statement.

The deal for “Skyfire” was negotiated by Seth Needle, SVP of global acquisitions and co-productions, for Screen Media with Delphine Perrier, COO at Highland Film Group on behalf of Meridian Entertainment.

West is also known for directing “Lara Croft: Tomb Raider,” “The Expendables 2” and “The Mechanic.” He’s next directing another Chinese, international production called “The Legend Hunters.”