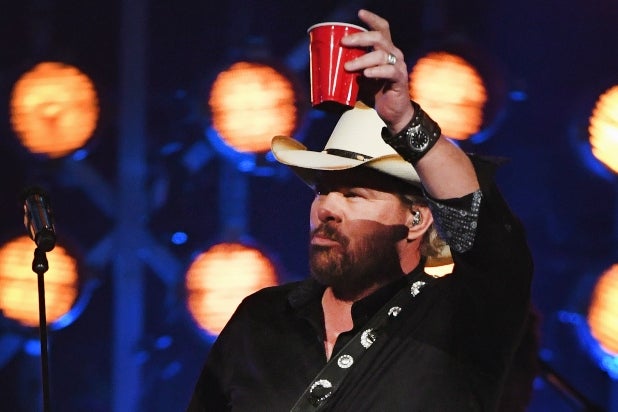 “There’s old sayings in Texas about ‘find all the rope in Texas and get a tall oak tree.’ You know, we take justice very seriously and we ought to do that, round up the bad guys,” said the Texas representative Thursday, seeming to advocate for lynching during a hearing on the recent uptick in hate crimes against Asian Americans.

The lyrics to Keith’s song, which was a collaboration with Willie Nelson, include the following: “Grandpappy told my pappy back in my day, ‘Son, a man had to answer for the wicked that he done. Take all the rope in Texas, find a tall oak tree, round up all them bad boys, hang them high in the street for all the people to see.”

As the title suggests, the song not only discusses the controversial process of lynching — which is historically tied to racist murders of Black people in the South from the late 1880s to the mid-1900s — but advises listeners to purchase beer for their horses when buying rounds of whiskey for their friends. All of this, according to the song, is done in the service of fighting “against evil forces.”

Corrections to this misattribution poured in on Twitter, where Texans quickly pointed out they don’t claim those words as part of their heritage, let alone particularly enjoy Keith’s musical output. Some went as far as accusing Keith, a native Oklahoman, of “ruining country music.”

Naturally, the country singer then trended on the microblogging platform, capping another afternoon of political discourse in America.

"There's old sayings in Texas about find all the rope in Texas and get a tall oak tree. You know, we take justice very seriously, & we ought to do that. Round up the bad guys." — here's Rep. Chip Roy (R-TX) glorifying lynchings during hearing on violence against Asian-Americans pic.twitter.com/uy5irfmJCo