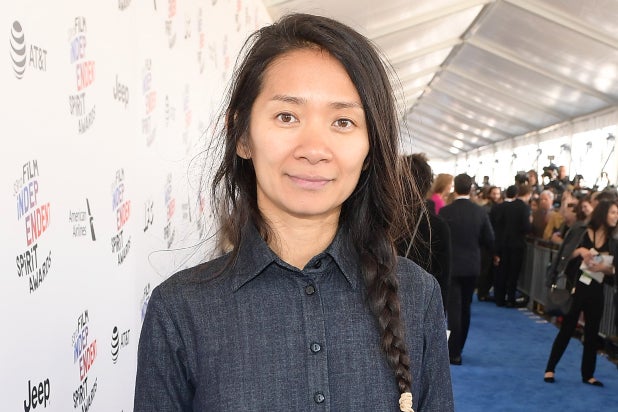 “Nomadland” director Chloé Zhao, fresh off a Golden Globe nomination, has been set to write, produce and direct a new take on “Dracula” for Universal based on their iconic monster movie character.

However, Zhao’s “Dracula” is described as a futuristic, sci-fi Western and far from the traditional story or even modern adaptations.

Zhao will write, direct and produce through her production company Highwayman.

It’s worth noting that this will be a separate feature from another “Dracula” project Blumhouse is producing from director Karyn Kusama. Universal has been committed to keeping up its monster movie IP with filmmaker-driven projects after the success of “The Invisible Man” with Elisabeth Moss from last year.

“Chloé’s singular lens shines a light on stories of the overlooked and misunderstood,” Peter Cramer, president of Universal Pictures, said in a statement. “We are thrilled to be working with her as she reimagines one of the most iconic outsider characters ever created.”

“I’ve always been fascinated by vampires and the concept of the Other they embody,” Zhao said. “I’m very excited to work with Donna, Peter and the team at Universal to reimagine such a beloved character.”

“Nomadland” remains one of the frontrunners in the Oscar race, and the film just picked up four Golden Globe nominations on Wednesday, including for Best Motion Picture (Drama) and Best Director for Zhao. The film won the Golden Lion at Venice and the People’s Choice Award at Toronto, the first film to ever win the top prize at both festivals. And she’s also the first Asian woman to receive a Golden Globe directing nomination.

Chloé Zhao’s first feature was the critically acclaimed indie darling “The Rider,” and she was meant to release another film in 2020, “Eternals” from Marvel Studios, only for the blockbuster to get pushed back to the fall of this year due to the coronavirus pandemic.