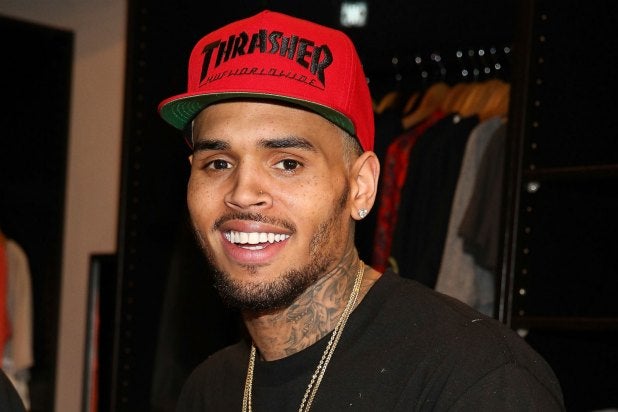 Medical experts have issued several warnings about what the Ebola virus is and why it’s currently infecting thousands throughout the world. But rapper Chris Brown has his own theory on what’s behind the spread of the deadly disease.

“I don’t know … But I think this Ebola epidemic is a form of population control,” the rapper tweeted on Monday. “Shit is getting crazy bruh.”

Brown received immediate backlash for the tweet, with users criticizing the 25-year-old for suggesting the virus was intentionally being administered to people.

Warren Holstein, a comedian active on Twitter, wrote: “Chris Brown tweeted that Ebola is ‘a form of population control.’ He should try it.”

Also read: Chris Brown’s Advice for Ray Rice: ‘I’ve Made My Mistakes Too, But It’s All About How You Push Forward’

In addition to several other jabs at the R&B star, Brown’s tweet was favorited nearly 10,000 times. Still, three minutes after posting his initial tweet, Brown responded, saying: “Let me shut my black ass up!”

See both of Brown’s tweets below.

In June, Brown was released from prison, serving 108 days of a 131-day sentence after he physically attacked pop star Rihanna in 2009, his girlfriend at the time.

The latest outbreak of Ebola has killed more than 4,000 people, mostly in West Africa. On Oct. 8, Thomas Eric Duncan became the first person to die from the virus in the U.S. A nurse who was treating him at a Dallas-area hospital has since tested positive for the disease.