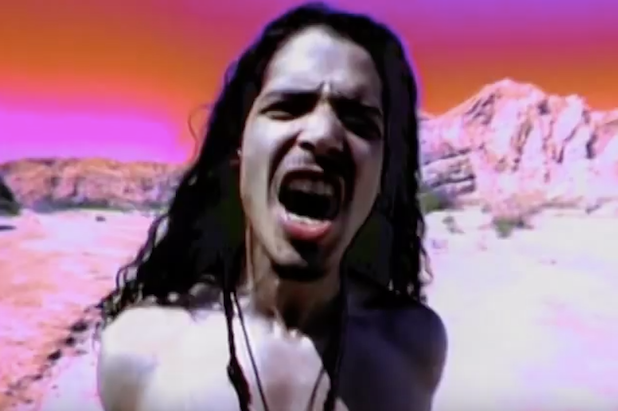 With his long dark hair, infectious melodies and rage, Chris Cornell belted out the soundtrack to my teen years. His singular, powerful vocals bolted into the center of my still-developing cerebral cortex, which also absorbed other grunge giants gone too soon — Kurt Cobain and Layne Staley — with a similar voracious enthusiasm.

Maybe he first caught my attention because he was so striking physically. The blend of that with his contemplative charisma and, of course, his guttural vocals made him the hot one. The manliest of the bunch. And yes, I lusted after him in a way 1960s teens did the Beatles.

Aside from his raw sex appeal, however, Cornell was a force, a frontman who couldn’t be ignored. Soundgarden’s songs were catchy and brooding, with Cornell’s deep, grizzled voice giving the band its signature sound and propelling them to the pinnacle of 1990s popular music.

I wasn’t tapped into the Seattle scene in its infancy. Like most, I was introduced to Cornell when 1991’s “Outshined” from Badmotorfinger started getting regular radio play. But the band really blew up with 1994’s Superunknown. And I was among the first to snap up the album, filled with hits “Black Hole Sun,” “Fell on Black Days,” “Spoonman,” and “The Day I Tried to Live.”

I didn’t think too hard beyond the fact that Soundgarden’s oft-sombre lyrics satisfied my teenage angst.

Does the rain represent Cornell’s tears in some way? Knowing now that he suffered through years of drug addiction, the fact that he made it to 52 feels like a grim, sad feat.

I played my Superunknown CD over and over again — in my car, in my room, with intermittent tracks caught from the radio airwaves and on TV. I remember blasting it from my car at a bonfire party when I was 17. We couldn’t listen to it just once. “Play it again,” I recall friends demanding.

I’ll admit I lost touch with Cornell’s music once I moved on to indie rockers, like Pavement — along with a new appreciation for the earlier works of Neil Young, Brian Eno and late ’60s experimental sounds from the German band Can. I started to outgrow the grunge sound. In a way, he moved on, too — oscillating between a solo career and fronting Audioslave.

Memories of my teenage crush on Cornell came surging back when I learned of his death, sadly, ruled a suicide. I am grateful he brought a sense of depth, pleasure and passion to my high school years. Without him, the ’90s wouldn’t have been nearly as memorable.