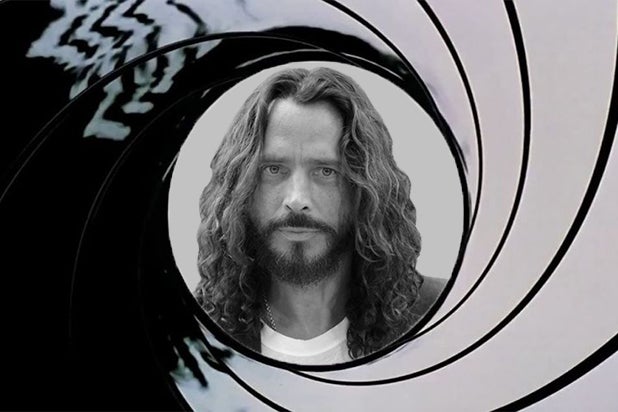 James Bond themes, by their very nature, are polarizing things. Just as each generation has an actor that was “their” Bond, each fan has a Bond theme that first lured them into the luxurious, mysterious and dangerous world of 007. Some were attracted to the elegance of Shirley Bassey, others to the gentle romance of Carly Simon or the haunting tones of Adele.

But among those hits sits a Bond theme that, while not as instantly recognizable as the “Goldfingers” and “Live and Let Dies” of the world, has proven to be essential to the series by introducing fans to the raw attitude that Daniel Craig harnessed to bring Bond into the 21st century. That song is “You Know My Name,” written and performed by the late Chris Cornell, whose death on May 17 has been ruled a suicide by hanging.

Back in the mid 2000s, Bond was at a crossroads. Jason Bourne had captivated audiences with his harder, grittier approach to spy films, while the over-the-top stunts of Bond’s “Die Another Day” just weren’t cutting it anymore. There were even questions whether Bond’s brand of adventure had any sort of place in modern pop culture. Enter Craig and 2006’s “Casino Royale,” a film that arrived in the midst of intense skepticism as naysayers lambasted blonde-haired Craig’s casting for not matching the “tall, dark and suave” description they claimed was essential to Ian Fleming’s Bond. Instead, “Royale” showed Craig understood what Fleming’s Bond was really about: a violent, cold character whose distrust masks a soul that has been slowly deadened by the dangerous job he has chosen to embrace for Queen and Country.

Also Read: Chris Cornell's Wife Writes Letter to Late Singer: 'I'm Broken, But I Will Stand Up for You'

Composer David Arnold, who wrote the score for five Bond films from 1997 to 2008, felt that a movie that explores the tragic events that made Bond who he is needed a theme that embodied Craig’s gritty performance in musical form. Just as Paul McCartney’s “Live and Let Die” heralded the start of Roger Moore’s run as Bond with a driving rock tune that departed from the crooners of Sean Connery’s era, the theme for “Royale” had to be worlds away from the ladies of pop like Tina Turner and Madonna that were brought on for Pierce Brosnan’s films. So it was that Sony Music selected Cornell to become the first male singer to write a Bond theme in 20 years.

“We needed someone who could sing the way Daniel acted,” Arnold said in a phone interview with TheWrap. “It had to be Chris; there was really no one else.”

Shortly after signing on, Soundgarden’s Cornell traveled to the set in Prague to meet with Arnold and the film’s director, Martin Campbell. After reading the script and watching Craig in action via a rough cut of the film, Arnold and Cornell sat down to compare ideas for the song. They agreed that the song couldn’t be called “Casino Royale” and decided that the title “You Know My Name” would fit with Bond’s ego, an element of his character that plays a major factor in the story.

“When I was working on ‘Die Another Day,’ I had an idea for a song called ‘I Will Return,’ because at the end of every Bond movie there’s a little card that comes up that says ‘James Bond Will Return,'” Arnold said. “What I liked about ‘Casino Royale’ is that there this arrogance to Daniel’s Bond […] We all know who James Bond is, so I liked playing with the idea that he assumes that everyone already knows who he is. There’s an arrogance to that, but ‘You Know My Name’ is also a warning, to know who you’re messing with.”

Cornell and Arnold then spent 10 days apart writing the song, with Cornell writing lyrics based on his interpretations of Craig’s performance. When they got back together, Arnold found that only a few structural tweaks were needed to mesh Cornell’s ideas with his own. He says it was one of the easiest projects he ever did during his Bond career, something that he credits to Cornell’s talent.

“Chris, as well as being an extraordinary singer, is also an extraordinary writer. He’s got great ideas for melody. I think he’s got a great way with a lyric; very darkly poetic and saying things that haven’t been said before in a Bond film. His ability to answer the demands of writing for something like this and doing it with such ease and grace was such a huge relief because you don’t know what you’re going to get when you go into a studio with someone you don’t know that well.”

In the film, Cornell and Arnold’s creation makes its entrance after the darkest cold opening ever made for a Bond film. In a flashback filmed in black and white and with the shadows and camera angles of classic film noir, we see Bond earn his status as a 00 agent by killing two people in cold blood, one with a bullet to the head in a shadowy office and the other with his bare hands after a grisly bathroom fight. The camera focuses on the disheveled Bond’s face after he commits the deed, clearly showing that taking a life for the first time has shaken him.

Then, color splashes onto the screen for the first time in the form of the series’ iconic bloody gunbarrel sequence. Arnold’s bombastic orchestration makes its entrance; and as the opening credits start to roll, Cornell asks the audience a question Bond just faced in that bathroom: “If you take a life, do you know what you’ll give? Odds are, you won’t like what it is.”

Cornell’s lyrics establish a theme that has run through the four movies of Craig’s career: to live the life of James Bond is to live in a world filled with exotic locales, cars and women; but it’s a life that forces you to become a cold killer and puts a target on your head. As Arnold described it, “You Know My Name” is a warning. A warning that Bond may not be the man that other men want to be (“Arm yourself because no one else here will save you”) and women want to be with (“When the storm arrives, would you be seen with me/By the merciless eyes I’ve deceived?”).

Cornell sings these lyrics with a voice that alternates between Bond-style crooning in the verses and a chorus that lets him show off his propulsive rock falsetto, as guitars duel with horns as they blare leitmotifs. Accompanying the song is a title sequence from Daniel Kleinman that replaces the usual silhouettes of curvaceous women with outlines of Bond’s targets getting slain by guns that shoot diamonds, clubs and spades. Through casino imagery, the message is once again sent: this Bond is a bruiser.

Reflecting on the song 11 years later, Arnold considers it one of his favorite works, enjoying how he and Cornell were able to make a theme that feels like a natural extension of the original Bond theme. He says that when he performs “You Know My Name” live with an orchestra, he immediately follows with the classic theme from “Dr. No,” a transition made seamless by the horn blasts that connect the songs together. Arnold had a performance in Dublin the day after Cornell’s death, turning the show into an impromptu tribute.

“When we perform live, there’s a part where we do Bond stuff and I always finish with ‘You Know My Name.'” Arnold said. “So when we do it, it’s just the instrumentals because I always feel that if Chris isn’t singing it, I don’t think anyone else could. Sadly, now no one else can.”

Also Read: Chris Cornell Cut Through to My Angsty Teen Self (Commentary)

This fall, Arnold will perform the “Casino Royale” score live during a screening at the Royal Albert Hall. Arnold had hoped that Cornell would be able to sing “You Know My Name” for Bond fans at the hallowed London venue. Instead, Arnold will dedicate the show to a singer that came to be a very close friend.

“Even though that was the only song we wrote together, I saw Chris a lot after that,” he said. “We’d meet and have dinner and he’d be doing a show and he’d ask me to come and perform the song. We performed it with Aerosmith at Hyde Park and at some of his solo shows at big venues in London. We met very regularly and it was such a shock when he got the news.”

“Whenever I think of Bond, I’m always going to think of Chris. He has a voice that can kick a wall down, and that’s just what Daniel Craig does in the film.”