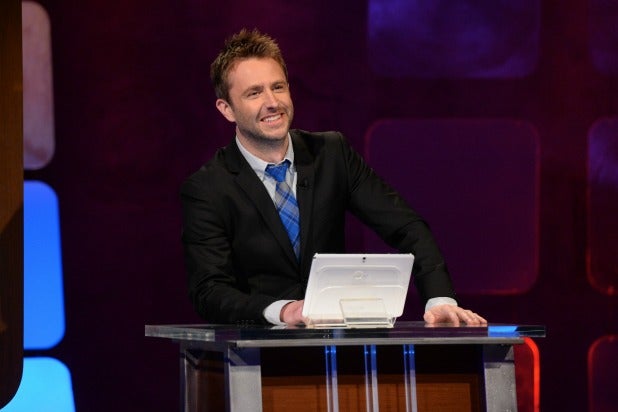 Chris Hardwick’s Funny Or Die-produced late-night series “@midnight” has received a 40-week order and will follow “The Daily Show with Jon Stewart” and “The Colbert Report” in January.

“We’re amazed at how quickly ‘@midnight’ has resonated with our fans,” said Kent Alterman, president of content development and original programming for Comedy Central. “If the internet catches on and social media becomes a part of pop culture, we think we’ll really have something here.”

Also read: Can Vanilla Ice, Chris Hardwick Take the Streamys From Trainwreck to the Mainstream?

Since its premiere on Oct. 21, the pop culture/social media-focused has become one of the most-watched shows among men 18-34 and adults 18-24 among all late-night shows, Comedy Central said. With a median age of 32, “@midnight” is the youngest of all late-night shows.

“I don’t have adequate words to express how excited I am that we are going to be a fixture of late-night in 2014,” said Hardwick. “Huge thanks to the amazing teams at Funny Or Die, Serious Business, and Tom Lennon and Ben Garant.  They’ve made this process one of the most rewarding and fun experiences of my life.  Finally, to the fantastic folks at Comedy Central, I say, POINTS!!!”