Chris Harrison has permanently exited “The Bachelor” franchise after serving as its host for almost two decades. He faced controversy over his handling of racial issues in an interview about a contestant on the most recent season of “The Bachelor.”

“Chris Harrison is stepping aside as host of ‘The Bachelor’ franchise,” ABC Entertainment and “Bachelor” studio Warner Horizon said in a joint statement Tuesday. “We are thankful for his many contributions over the past 20 years and wish him all the best on his new journey.”

Harrison said in his own statement, posted to Instagram: “I’ve had a truly incredible run as host of ‘The Bachelor’ franchise and now I’m excited to start a new chapter. I’m so grateful to ‘Bachelor’ Nation for all of the memories we’ve made together. While my two-decade journey is wrapping up, the friendships I’ve made will last a lifetime.” 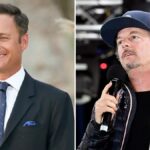 According to Deadline, which was the first to report Tuesday that Harrison, the face of “Bachelor” Nation since 2002, will not return to ABC’s lineup of Mike Fleiss-created dating shows, Harrison is receiving a “mid-range eight-figure payoff” and agreeing to “keep his mouth shut” as part of his exit package.

The news of Harrison’s exit from “The Bachelor” world comes the day after the premiere of the new season of “The Bachelorette,” which marks the franchise’s first without Harrison at the helm. Former Bachelorettes Tayshia Adams and Kaitlyn Bristowe were set as the season’s co-hosts following Harrison’s initial decision to step back from the show earlier this year.

Last week, multiple outlets reported that David Spade and a rotating stable of guest hosts will replace Harrison on the upcoming season of “Bachelor in Paradise.”No other guest hosts have been confirmed, but according to Variety, which first reported the news, the roster will be comprised of celebrity comedians rather than “Bachelor” franchise veterans. 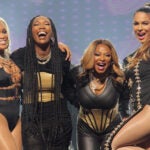 At that time, Harrison’s overall future with ABC staple was still up in the air, after he temporarily stepped aside from Matt James’ season of “The Bachelor” in February when fans called into question the show’s handling of race and criticized Harrison for an interview in which he appeared to defend contestant Rachael Kirkconnell’s racist actions.

Harrison has apologized for the interview, saying he is “dedicated to getting educated on a more profound and productive level than ever before.” He has also stated an intention to return to the franchise at some point in the future.

“I plan to be back, and I want to be back,” he said in a recent interview on “Good Morning America.” “This interview is not the finish line. There is much more work to be done and I’m excited to be a part of that change.”