Schroder posted a video online Sunday, in which he stated: “Our bodies are our own; we own this. We get to decide what goes in and what goes out. Understood?”

Schroder, looking like he needed a barber or a Norelco many weeks ago, panned the viewfinder of his phone to show he was on the National Mall, between the U.S. Capitol and Washington Monument, where he apparently arrived ahead of the anti-vax “convoy” protests. 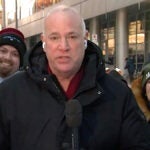 It’s the latest in a long string of social-media posts that spotlight his conservative-leaning views and attitudes, which he apparently has ample time to express, with his well of TV and movie roles running dry in 2016.

Schroder once even helped put up and raise the $2 million necessary to bail Kyle Rittenhouse out of jail.

Watch video of his full “Freedom Convoy” anti-vax spiel above. 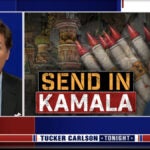 The Canadian-originated “Freedom Convoy” movement continues to percolate as law enforcement efforts have stepped up in shutting down the activities.

But talk of convoy disruptions that at one point potentially included the Super Bowl have mostly fizzled out with little gains or effect.