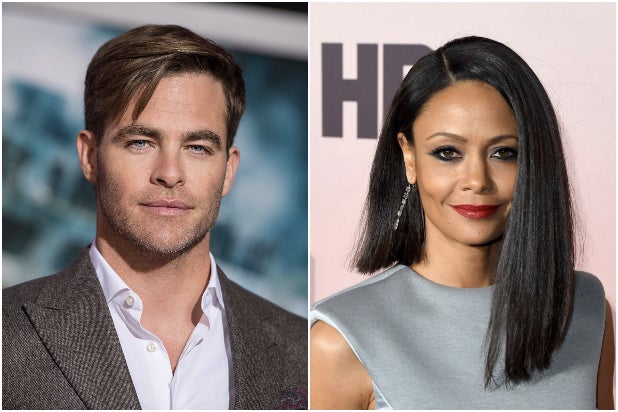 Amazon Studios has boarded “All the Old Knives,” starring Chris Pine and Thandie Newton, an individual with knowledge of the deal told TheWrap.

“All the Old Knives” is based on the acclaimed novel of the same name by Olen Steinhauer, who adapted the screenplay for the big screen. Janus Metz (“ZeroZeroZero”) will direct.

The film will be produced with Chockstone Pictures and Nick Wechsler Productions in association with Entertainment One (eOne). Chockstone Pictures’ Steve Schwartz and Paula Mae Schwartz, Nick Wechsler and Jackson Pictures’ Matt Jackson are producing, while Pine is executive producing through his Barry Linen Productions, alongside Joanne Lee of Jackson Pictures, Kate Churchill of Churchill Films, Richard Hewitt and Mark Gordon.

Also Read: Chris Pine in Talks to Star in 'The Saint' Reboot For Paramount

Ex-lovers Henry and Celia, one a CIA spy, the other an ex-spy, meet over dinner in Carmel-by-the-Sea to reminisce on their time in Vienna. As the conversation continues, it becomes clear that one of them is not going to survive the meal.

Newton is currently nominated for a 2020 Emmy Award in the category Best Supporting Actress in a Drama Series for her work on HBO’s “Westworld.” She won the 2018 Emmy for her work on the show. She will next star in Lisa Joy’s “Reminiscence” alongside Hugh Jackman and was in production on “God’s Country” before the shutdown.

Pine is best known for his role as Captain James T. Kirk in JJ Abrams’ “Star Trek” trilogy. Next, he will star in the “Wonder Woman” sequel, as well as the action thriller “Violence of Action” opposite Ben Foster.

As the fiery Maeve Millay, actress was a badass among badasses on HBO drama