Chris Rock may still be “processing” what happened between him and Will Smith at the Oscars, but that doesn’t mean he wants fans of his disparaging Smith in the meantime. In fact, at his Boston show on Thursday night, Rock stopped people from heckling Smith.

Thursday’s show marked Rock’s second performance since Smith slapped him on live television during the Oscars, for making a joke about Jada Pinkett Smith’s hair. At his first performance, Rock made it clear that he wasn’t going to address the incident.

“I don’t have a bunch of s— about what happened, so if you came to hear that, I have a whole show I wrote before this weekend,” Rock said. “I’m still kind of processing what happened. So, at some point I’ll talk about that s—. And it will be serious and funny.” 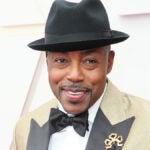 Also Read:
Oscars Producer Will Packer Reveals LAPD Was Ready to Arrest Will Smith: ‘We Will Go Get Him’

At Thursday’s show, Rock stayed true to that promise, but did stop a fan from heckling Will Smith. According to PEOPLE, an audience member yelled “F— Will Smith.” In response, Rock promptly cut it off, saying “No, no, no, no, no.”

Rock has continued to avoid saying much about the incident beyond his Wednesday night comments but, in the aftermath of Smith’s actions toward the comedian, it was revealed that Rock would not be pressing charges.

According to Oscars producer Will Packer, he lobbied for Smith not to be removed from the show specifically because Rock said he didn’t want to take any action.

“I immediately went to the Academy leadership that was on site and I said, ‘Chris Rock doesn’t want that,’” Packer told GMA. “I said, ‘Rock has made it clear that he does not want to make a bad situation worse.’ That was Chris’ energy. His tone was not retaliatory, it was not angry, so I was advocating what Rock wanted in that time which was not to physically remove Will Smith at that time because as it has now been explained to me, that was the only option at that point.”