Oscars producer Will Packer said that officers from the Los Angeles Police Department were ready to arrest Will Smith for battery after he slapped Chris Rock on Sunday night at the Oscars — if Rock wanted to press charges.

In a clip from Packer’s upcoming “Good Morning America” interview with T.J. Holmes, aired on ABC’s “World News Tonight,” the producer said the LAPD had a conversation with him and Rock in his office. “They were saying, you know, this is battery, was a word they used in that moment. They said we will go get him. We are prepared. We’re prepared to get him right now. You can press charges,” Packer said.

“They were laying out the options. And as they were talking, Chris was — he was being very dismissive of those options. He was like, ‘No, no, no, I’m fine.’ And even to the point where I said, ‘Rock, let them finish.’

“The LAPD officers finished laying out what his options were and they said, ‘Would you like us to take any action?’ And he said no. He said no.” 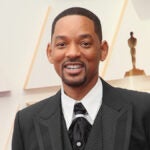 Also Read:
Academy Dragged After Claiming Will Smith Was Asked to Leave the Oscars: ‘Asked by Whom?’

Packer also says in the clip that he did not speak to Smith on Oscar night before or after the incident. Current reports vary about whether anyone at the Academy directly asked the actor to leave after he accosted Rock.

Smith has since apologized to Rock on Instagram but is still facing disciplinary action from the Academy, which may include “suspension, expulsion, or other sanctions permitted.” SAG-AFTRA is also weighing sanctions against the “King Richard” star.